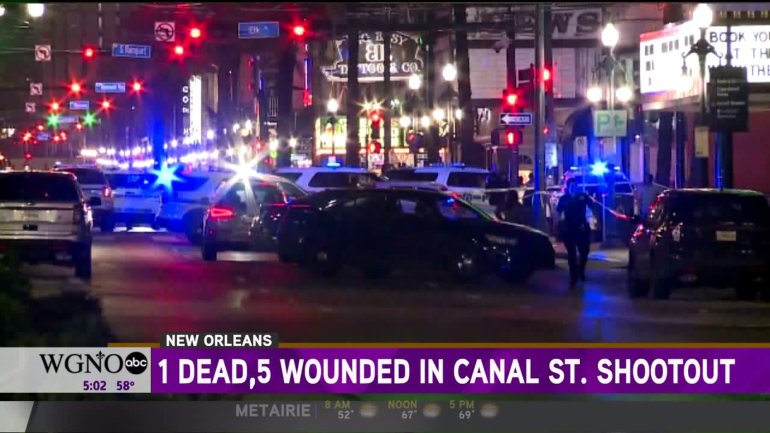 NEW ORLEANS – The NOPD has released more details about the five bystanders who were shot when officers engaged in a gunfight with an armed robbery suspect near a busy Canal Street intersection.

Gunshots erupted near Canal Street and Elks Place around 6:45 p.m. on February 17.

The suspect opened fire on two NOPD officers, who returned fire, but it was a Louisiana State Trooper who had joined the gun battle that ultimately shot and killed the suspect, according to the NOPD.

Both are still hospitalized.

A 34-year-old man who was shot in the left arm and upper abdomen is currently listed in critical but stable condition.

“I want to express our sorrow about innocent bystanders being struck like this,” NOPD Superintendent Shaun Ferguson said at a press conference from the scene. “but our officers were doing what they are trained to do.”

Ferguson said it’s too early to tell who fired the shots that hit the bystanders.

“The biggest thing we need to think about is that these officers were fired upon first,” Ferguson said. “So to preserve life– not just their life but the public’s life–they had to return fire.”

Today, we were just a single degree away from our standing one set July 12, 1980.

It was a tight game in the early innings.

"We finished taking down the tower crane that was partially hanging over Canal Street and we've got the structure down and on the ground," Attorney for 1031 Canal Development LLC, Stephen Dwyer told WGNO on Sunday morning.

Trump and Fauci not speaking as coronavirus pandemic worsens