NEW ORLEANS – The NOPD has identified a suspect in the attempted break in of a Mid City business.

On July 29, a man identified as 32-year-old Steve Martin was recorded on surveillance video attempting to break into a business in the 3500 block of Toulouse Street. 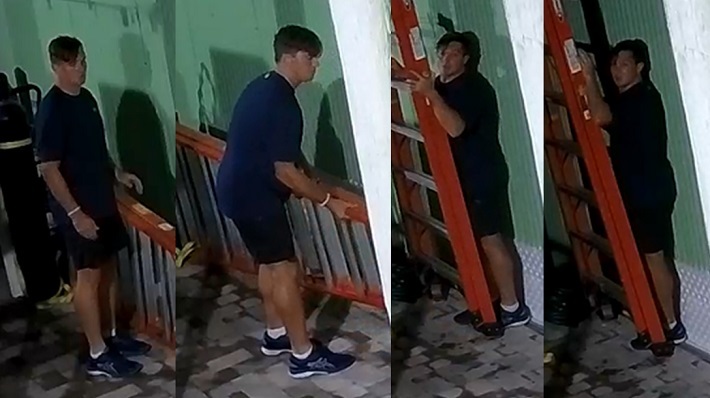 Martin used a ladder to reach a window on an upper level of the business, but fled when the building’s alarm began going off, according to the NOPD.

Anyone with information regarding the whereabouts of this wanted suspect is asked to contact NOPD First District detectives at (504) 658-6010.