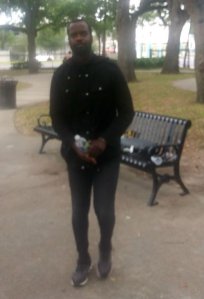 The unidentified man was spotted standing in the bushes and intently watching children in a playground area of the Washington Square Park around 2 p.m. on May 10, according to the NOPD.

One witness shouted at the man to stop what he was doing and leave the park, but instead of leaving, he moved to another group of bushes.

The woman snapped a picture of the man as she confronted him.

The man then squirted water from a bottle onto the woman’s face and chest before running away, according to the NOPD.

The suspect is believed to be in his late 20s, between 5’10 and 6’0 tall, and weighs about 175 pounds with a short beard and close cropped haircut.

NEW ORLEANS — Mosquitos infected with the West Nile virus (WNV) have been collected from traps on the East Bank of New Orleans.

The Louisiana Animal Disease Diagnostic Laboratory (LADDL) at the LSU School of Veterinary Medicine reported the finding after discovering the infected mosquitoes in Orleans Parish.

NEW ORLEANS — The second month of 2021 saw a slight uptick in violent crime arrests made by the New Orleans Police Department according to an NOPD media release on Friday.

The NOPD made 30 arrests in February, which was three more than the 27 made during the same period last year. Offenses included homicide, aggravated battery and armed carjackings.

METAIRIE, La. — At the Shrine on Airline, Ochsner Health is making getting your COVID-19 vaccines easier. The whole process is drive-thru.

Findings from the LSU sexual and domestic allegations report are out. Here’s what was found.

5PM Friday: Rain this evening but clearing for the weekend