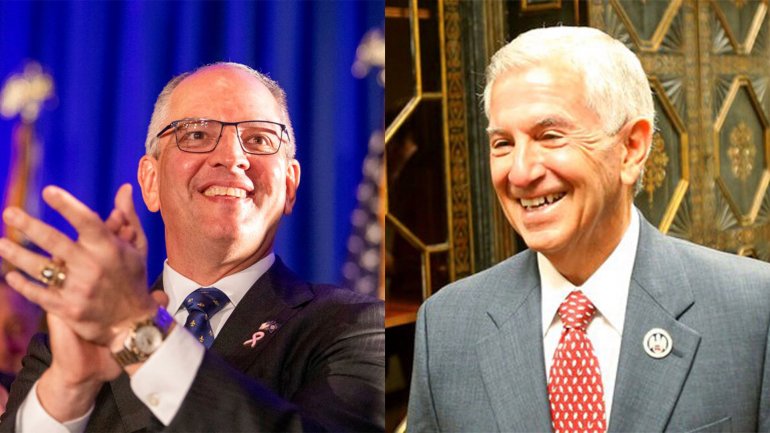 BATON ROUGE, La. (NEXSTAR) – Two weeks into the runoff in the Louisiana governor’s race, incumbent Democrat John Bel Edwards has only a narrow lead over Republican gubernatorial challenger Eddie Rispone – and it will all come down to turnout.

That’s according to an exclusive new Nexstar poll conducted by JMC Analytics and Polling in Baton Rouge, which shows Edwards leading Rispone 48% to 46%.

Edwards won 47% of the vote during the primary election, finishing first, and Rispone, a Baton Rouge businessman, finished second with 27% of the vote.

The new poll, conducted October 24-26, concludes that runoff race will go down to the wire, and the ultimate result is almost entirely dependent on partisan and/or racial turnout both during early voting and on Election Day.

“Given that the undecided percentage is down to 6% (4% if “leaners” are excluded), this is now an election where turnout matters a lot more than persuasion, particularly with early voting less than a week away,” pollster John Couvillon noted in a summary of the poll’s findings.

“Assuming that turnout by demographic group is identical to what it was in the primary, Rispone needs 87% of the vote that supported one of the “also rans” in the primary. Rispone’s getting 63% of the “also ran” vote thus far is why he’s running behind Governor Edwards. However, a second factor marginally benefits Rispone: black turnout in the primary was somewhat below recent historical norms, while Republicans were more energized. If the poll results were recalculated to mirror the demographic breakdown of the primary electorate (28% black, 37% Republican, 20% white Democrat, and 14% white Independent), the ballot test with “leaners” included would be 49-47% for Edwards instead of 50-47%.”

The poll results also indicate that Secretary of State Kyle Ardoin shouldn’t have any trouble winning re-election in the only other statewide race to have a runoff. Ardoin has a 48-32% lead over Democrat Gwen Collins-Greenup, who he also faced last year in a special election.

“Since 17% of Republicans are undecided, that vote alone would put him over 50%, and you still have 22% of white Democrats and 18% of white Independents who are undecided.”

Meanwhile, President Trump’s support remains relatively strong in Louisiana: not only is his job approval 52-41%, but the Democratic-led impeachment inquiry is opposed 54-36%.

The poll was released Monday as Vice President Mike Pence headed to Baton Rouge to campaign for Rispone, where he is scheduled to deliver remarks at private GOP fundraiser.

CAUGHT ON CAMERA: Bottles of Tequila, TV and more …

National Night Out against crime