NEW ORLEANS – The Super Bowl will return to New Orleans in 2024, according to reports.

SportsBusiness Journal reporter Daniel Kaplan said this morning that NFL team owners are set to vote on locations for the big game at their annual meeting starting tomorrow.

Arizona will get the 2023 Super Bowl, while New Orleans will land the next year’s championship, according to Kaplan.

“We are always excited to make the case for New Orleans as a popular and favorite destination city for the Super Bowl,” Cicero said. “We look forward to the opportunity for Mrs. Gayle Benson to deliver that message to the full NFL ownership for consideration.”

After nearly six months of working on her pitch, New Orleans Saints owner Gail Benson will present a formal proposal to the committee on May 23 in Atlanta.

This is the first year Super Bowl host cities will be chosen under the new system, which does away with the former bid system traditionally used to determine which city will host the Super Bowl.

New Orleans has hosted more Super Bowls than almost any other city, the last one occurring in 2013.

Here’s a look at the tickets: 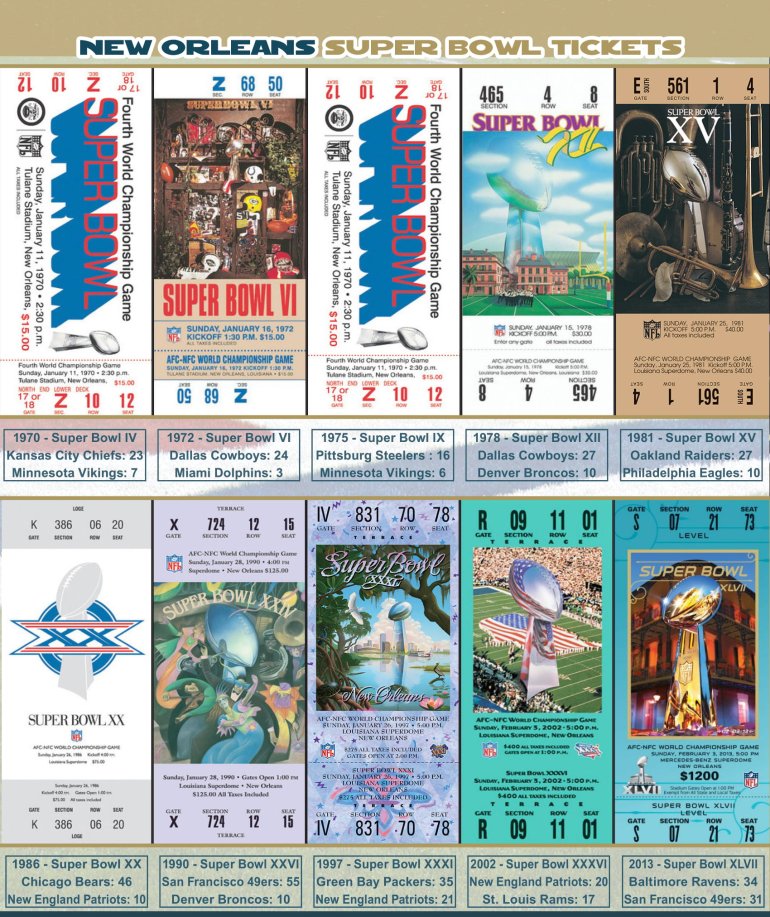 NEW ORLEANS (WGNO) — The NOPD is looking for juvenile male reported as missing.

At approximately 3:45 p.m. on May 15, 6-year-old Ca’Tory Bessard was last seen by his guardian at his residence.

Retired cattle rancher Dexter Kruger on Monday marked 124 days since he turned 111, a day older than World War I veteran Jack Lockett was when he died in 2002.

May 17 COVID-19 Update: Louisiana reports 1,100 new cases from the weekend

BRPD to give an update into its narcotics department investigation

Taxes are now due! Here’s how to file an extension for 2021

‘That has a cost’: Why thrift shops don’t accept everything

Lakeside Mall, Winn Dixie among local businesses deciding whether to make customers mask up – or not

Five men arrested on hundreds of counts of child pornography