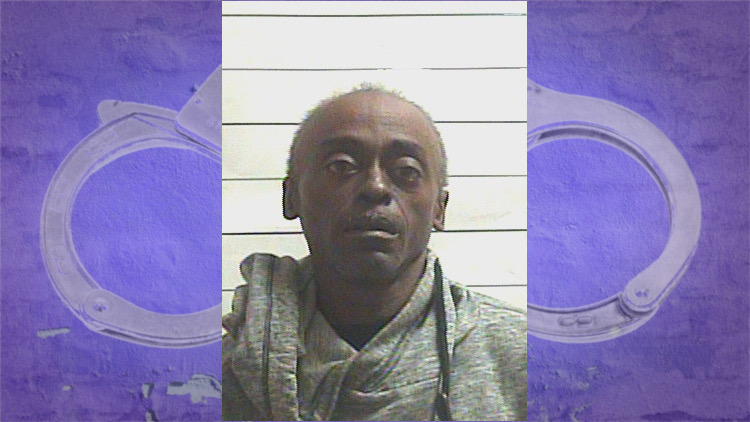 NEW ORLEANS – A habitual New Orleans serial burglar was sentenced to 12 years in prison, but history shows he may not serve to completion.

Benjamin pleaded guilty as charged to 11 counts of simple burglary, after breaking into nearly a dozen vehicles and businesses this past spring.

He was sentenced as a double felony offender, under Louisiana’s habitual offender statute.

But in actuality, this marked his sixth Orleans Parish conviction since 1991 in cases involving felony counts of burglary, burglary of inhabited dwellings or attempted burglary.

Benjamin’s criminal history is filled with lengthy sentences that he never was made to complete.

In 1991, he was sentenced to eight years for burglarizing an inhabited dwelling, but only served six.

He was convicted of the same crime again in 1997, that time, he was sentenced to 12 years as a triple felony offender, but only served 10.

He was released in 2007, but before the year was over, he was convicted of attempted simple burglary, and received a nine-year sentence as a triple felony offender.

He almost went full-term, but was let out a few months early, and shortly after being released, he was convicted again of attempting to burglarize an inhabited dwelling.

For this, he was sentenced to three-years, but that was not fulfilled, as Benjamin was convicted again on battery and burglary counts in 2017.

He was ultimately given a five-year suspended sentence in that case, allowing him the freedom for a series of crimes committed this year.

The majority of vehicles were discovered with smashed windows and personal belongings stolen, including laptop computers, cameras, cellphones, cash and other items.

One victim — a single working mother — gave an impact statement to the court regarding the extreme personal stress and difficulty she endured having to scrounge about $1,000 to repair Benjamin’s damage to her vehicle.

The 11 burglaries from 2019 to which Benjamin pleaded guilty include:

New Orleans - The man known as "Mr. Mardi Gras" will be laid to rest with a snazzy memorial service and public viewing at Gallier Hall.

Blaine Kern's widow, Holly, announced the plans for his funeral in a press release Friday (July 3).

River Parishes, La.--Just up the river from New Orleans is a wealth of beauty, history, and adventure in our sister parishes. And while the invite exists for visitors from here to enjoy, the focus has changed from New Orleans Plantation Country.

Buddy Boe from the River Parishes Tourist Commission said, "We just understood that both the timing and politics, and the fact that our destinations had so many other things to offer that a brand name focusing on one attraction, plantations, no longer represented everything."

Pockets of heavy rain in WGNO's viewing area are the themes all holiday weekend, much like earlier.

We have low pressure moving south as a riding high from earlier this week has slid west.

Discourse over national anthem looms for NBA, other leagues

Man killed after being shot and run over by car; juvenile girl charged with murder

Police: Girl filmed while being attacked by group on North Tonawanda school property