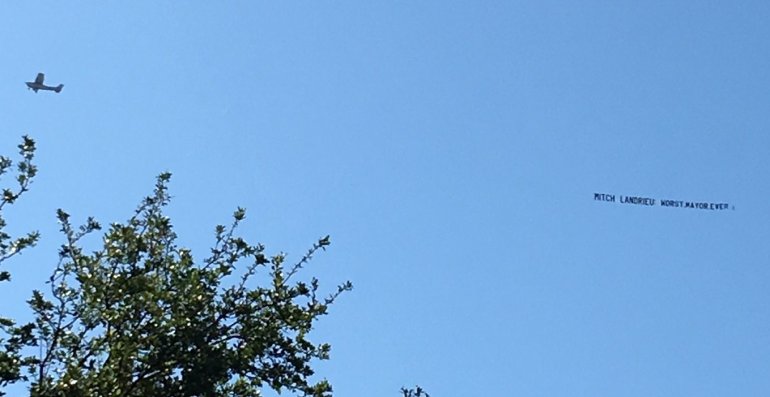 “Mitch Landrieu: Worst Mayor Ever” read the sign, which was towed by a single-engine airplane flying over the Mahalia Jackson Theater.

Similar messages have been spotted over New Orleans recently as Landrieu winds down his final term, most recently over the Fair Grounds during Jazz Fest.

Landrieu drew heavy and sustained criticism after he spearheaded the process of removing four Confederate-era statues across New Orleans, a decision backed by the New Orleans City Council.

UPDATE: STPSO reports missing girl and mother in Mandeville have been located