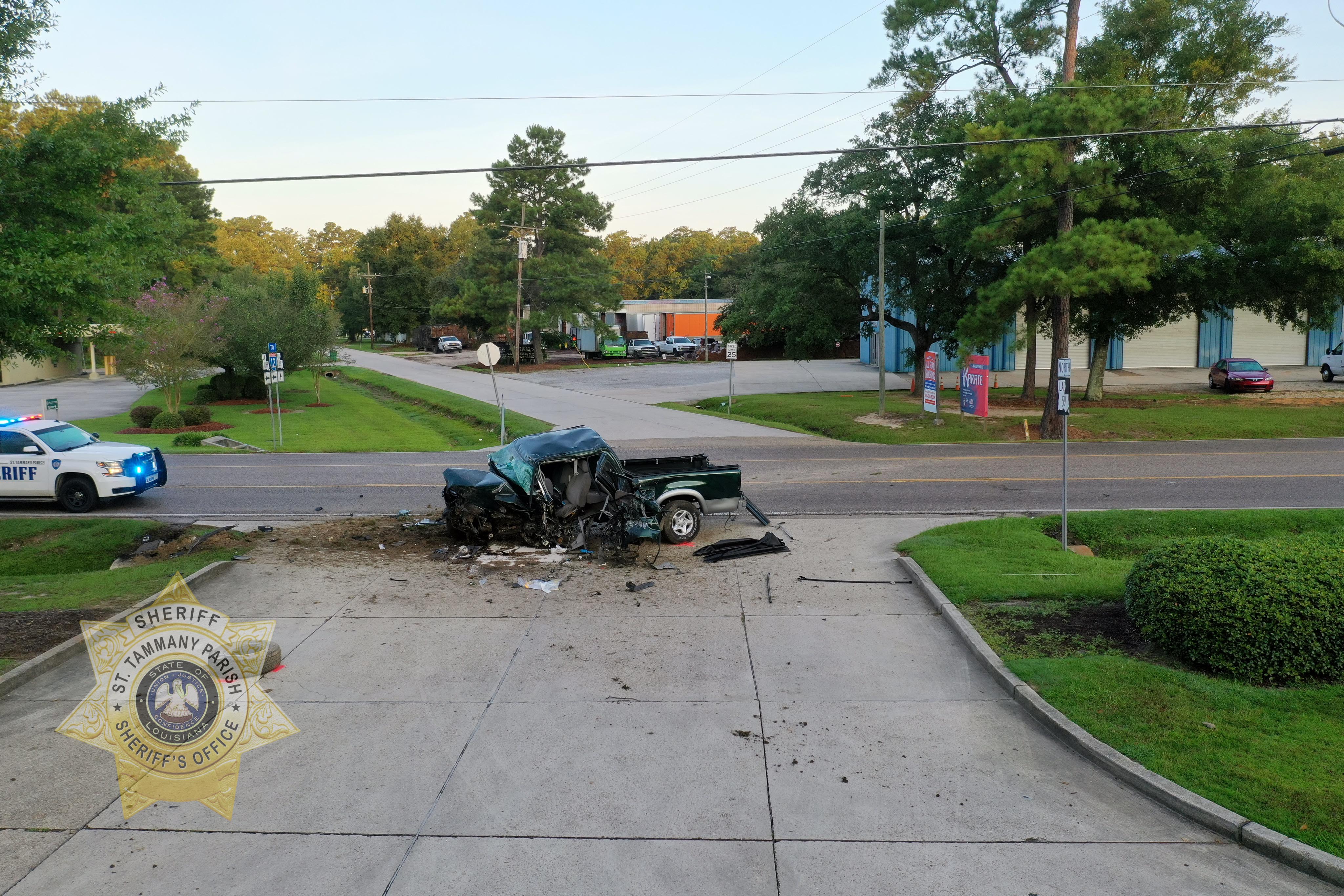 MANDEVILLE, LA – A pair of missing 16-year-olds have been located, after crashing a vehicle they stole.

Shortly before 5:30 A.M. on Wednesday, St. Tammany Parish Sheriff’s deputies responded to a gas station near the intersection of Florida Street and Girod Street in Mandeville.

The call was in reference to a vehicle that had been reported stolen on Tuesday, Aug. 6, out of Lafourche Parish.

When deputies approached the green Toyota Tundra, the driver and her passenger jumped into the truck and fled, and deputies lost sight of the vehicle.

The vehicle was located minutes later near the intersection of Highway 59 and Highway 1088 after it had crashed into a light pole, knocking out power to several residents.

The driver, a 16-year-old female, was reported missing Tuesday out of Lafourche Parish.

Her passenger, a 16-year-old male, was reported missing Tuesday out of the Covington area.

Both the driver and passenger were transported to a local hospital with serious, but non-life threatening injuries.

Criminal charges are pending and the investigation is ongoing.