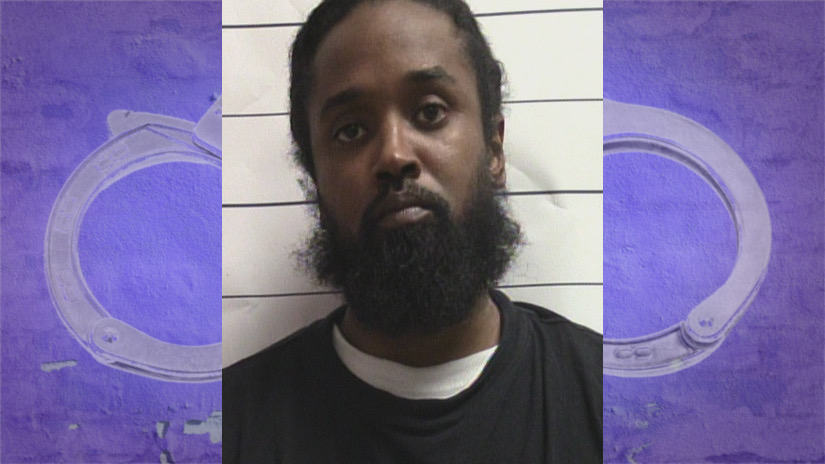 Known locally as “K-9,” 40-year-old Kenneth Devore, was charged with two counts of first-degree rape, two counts of second-degree kidnapping and one count of aggravated second-degree battery in the indictment handed up by an Orleans Parish grand jury.

Devore faces a mandatory lifetime prison sentence if convicted of either rape charge, and 5 to 40 years on each kidnapping count.

The rapes Devore is accused of committing include the following:

Nov. 15, 2017: A 60-year-old woman who knew Devore as a casual acquaintance told police she visited his residence at the Forest Park Apartments around 3:30 a.m. and asked to use the restroom. Once inside, the woman said Devore tried to force her to smoke crack cocaine. When she resisted, having just gotten out of a drug rehabilitation treatment center two days earlier, she said Devore struck her in the face with both a closed fist and a gun, then raped her. The victim said she escaped only after Devore fell asleep. Police attempted to execute arrest and search warrants at the apartment on Nov. 30, but Devore could not be located.

Nov. 28, 2017: A 22-year-old woman who had just met Devore in a stairway of an apartment building in the 3700 block of Garden Oaks Drive, said she agreed to follow him into an apartment. Once inside, the woman said Devore grabbed her by the throat and forced her into a bedroom. He continued choking her, threatened her life and raped her. The victim said Devore later left the apartment, giving her the chance to escape.

A DNA sample collected from Devore and stored in the federal CODIS database (Combined DNA Index System) later was matched to samples taken from each victim during their sexual assault nurse exams.

NEW ORLEANS - Nearly 150,000 Entergy customers across south Louisiana are without power less than one hour after Hurricane Zeta made landfall as a Category 2 storm.

An outage map provided by Entergy showed 142,107 customers across the state without power as of 5:25 p.m.

Thomas was sidelined because ankle/hamstring injury and Callaway with an ankle injury he appeared to suffer in the Saints game against the Carolina Panthers Sunday.

CLEVELAND (AP) — The numbers don't lie. Baker Mayfield has been a better quarterback for the Browns when Odell Beckham isn't around.

Could an LSU win help oust Malzahn from Auburn?

2021 Boston Marathon postponed, ‘at least’ until the fall

VW recalls Jettas to fix fuel leaks that can cause fires

Photos: See the Halloween display so realistic police have been called twice

Wendy’s has a new chicken sandwich, and you can get one free

Could an LSU win help oust Malzahn from Auburn?

2021 Boston Marathon postponed, ‘at least’ until the fall