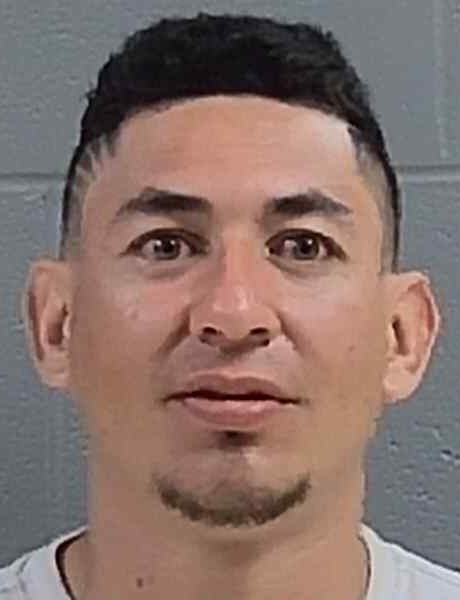 LIVINGSTON PARISH – A routine traffic stop led to the arrest of two men who came into the US illegally after fleeing police in Honduras.

Officers say they first learned about the suspect in March, after a routine traffic stop in Denham Springs.

“When deputies approached the vehicle, the driver fled on foot. Deputies were unable to locate him at that time. However, a passenger, 18-year-old Junior Nolasco, was taken into custody on a misdemeanor charge of possession of drug paraphernalia. A search in and around the vehicle yielded suspected drug paraphernalia, a cell phone & a passport belonging to Wilson Gerardo Alvarado-Pacheco. During the investigation, it was learned Wilson Gerardo Alvarado-Pacheco was driving that night. Further investigation revealed the two – both from Honduras – were not in the U.S. legally. U.S. Border Patrol was then contacted.

U.S. Border Patrol agents and LPSO received information that Alvarado-Pacheco was in the Springfield area of Livingston Parish.

And with this new information, U.S. Border Patrol & LPSO deputies were able to successfully apprehend him – without incident.

Chief Border Patrol Officer Gregory Bovino says, “The arrest of Pacheco is noteworthy in several ways. First, the arrest of this dangerous international fugitive highlights the dedication and motivated attitude of the team at the Livingston Parish Sheriff’s Office. We value our partnership with the Livingston Parish Sheriff’s Office, and look forward to continuing to work with them to keep dangerous criminals off the street. Second, the arrest of Pacheco highlights the concern of many that [he] was wanted for murder in another country, but was living freely, undetected in our community until coming into contact with Livingston Parish Deputies and Border Patrol Agents.”

Wilson Gerardo Alvarado-Pacheco has been charged in Livingston Parish with reckless operation of a vehicle, resisting an officer, theft, and possession of drug paraphernalia.

He is currently in the custody of U.S. Border Patrol.

NEW ORLEANS — The New Orleans Police Department is seeking to locate the three pictured individuals (above) for questioning in the ongoing investigation of a homicide in the 100 block of Royal Street on April 18.

The Lyrid Meteor shower peaks again tonight to early Thursday morning. Incase anyone missed it during April 2020, this is another chance for viewing between 10-18 meteors per hour.

Locally, our forecast for viewing these once they enter our planet’s atmosphere couldn’t be better! Clear skies and cold temperatures will be the themes.

Man survives plunge off cliff after SUV crashes through rail, lands in ocean

The Story of Fazendeville: an African American Town in the Middle of a Battlefield