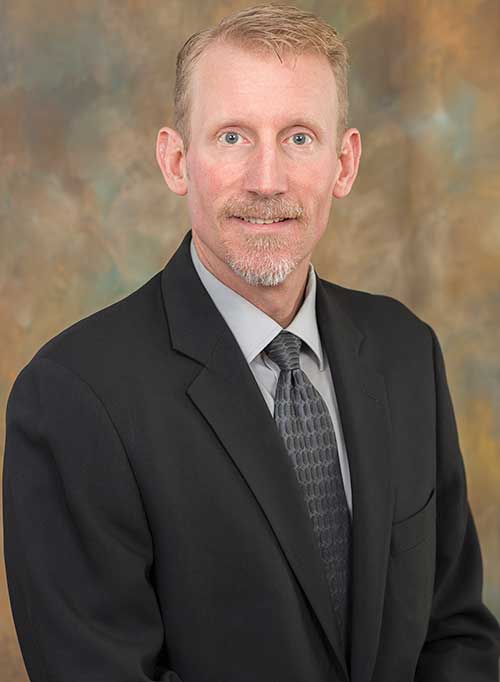 NEW ORLEANS – Chief operating officer of East Jefferson General Hospital and the co-founder of the popular Krewe of the Rolling Elvi, 50-year-old Bruce Macon Moore III passed away at his home in the Irish Channel on Thursday, April 18.

Moore was diagnosed with a rare, lethal form of cancer in November 2018.

After receiving a master’s degree from Virginia Commonwealth University, Moore moved to the Crescent City in 1996 to take a job with St. Charles General Hospital.

Moore’s wife, Michelle Menough, said that he was, “devoted to Mardi Gras.”

He had been a member of the Phunny Phorty Phellows and the Krewe Du Vieux.

He’d ridden in the Tucks and Orpheus parades and in 2015 he was the grand marshal of the Lyons Carnival Club marching group.

When Mardi Gras season passed, he wrapped himself in a kilt to march with the Irish Channel St. Patrick’s Day parade.

Moore also helped found the popular Krewe of the Rolling Elvi, a noisy parading group in which members don bouffant wigs and garish jumpsuits to impersonate Elvis Presley as they clownishly careen atop undersized scooters.

Steve Valack, a friend of 40 years, said the truth is, Moore wasn’t even a big Elvis fan, he and his cohort just wanted an instantly recognizable American icon.

The very first group of 35 Elvi were part of the 2004 Muses parade.

An instant crowd-pleaser, they now are a Carnival staple, and a charitable organization with roughly 200 riders.

Menough said that, per Mr. Moore’s wishes, there would be no service or funeral, but that in June, his friends and loved ones plan memorial celebrations in New Orleans and Richmond.

Free slice of pizza for all leap day babies!

Since “leaplings” – those born on February 29 – are only able to celebrate their official birthday once every four years, Villa Italian Kitchen has decided to honor them with a special present this Leap Year. In honor of 2020’s Leap Day holiday, those guests nationwide who were born on Leap Day can commemorate their big day by picking up a free slice at any participating Villa Italian Kitchen nationwide!

“Given that Leap Day Babies aren’t able to celebrate their birthdays annually like the rest of the world, we thought we’d do something special for our guests that are most affected by the Leap Year cycle,” said Mimi Wunderlich, Director of Communications and Digital Marketing, Villa Italian Kitchen. “We hope everyone with a leap day birthday will join us on February 29 for their own personal pizza party with a free slice to ease the sting!”

BATON ROUGE, La. (AP) — Louisiana's top public school board has set a Feb. 28 deadline for anyone who wants to apply to be the state's next superintendent of education.

The Board of Elementary and Secondary Education published an information packet online for interested applicants and hired a firm to help with the search.

NATCHITOCHES, La. (AP) — The head football coach of a university in Louisiana is suspended after being charged with driving while intoxicated.