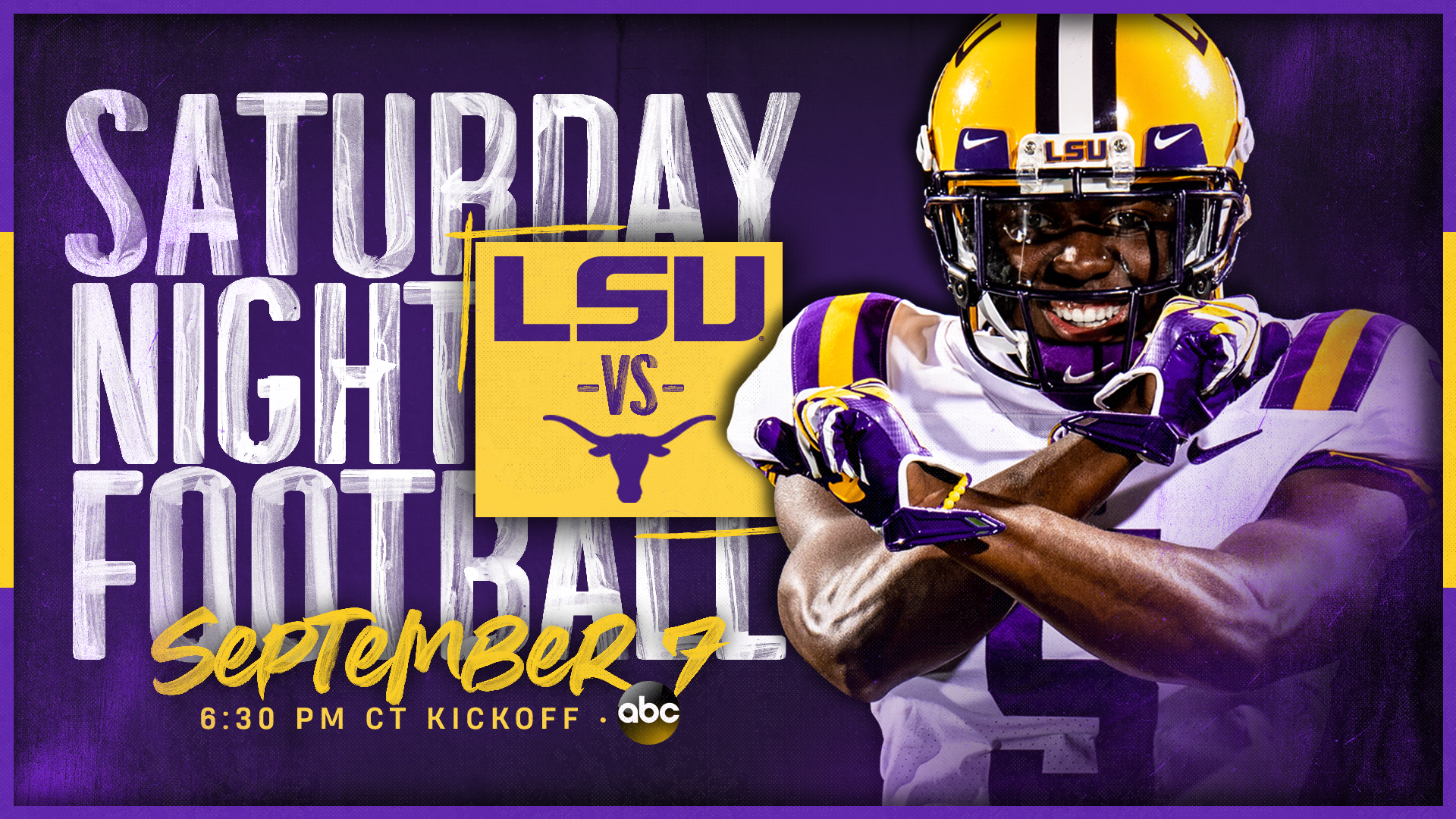 BATON ROUGE – On Wednesday, ESPN announced LSU’s game against Texas on Saturday, Sept. 7 will be aired on WGNO.

The game will be featured as part of ABC’s Saturday Night Football package.

ABC’s Saturday Night Football is in its 14th season and feature’s one of college football’s marquee matchups each week during the season.

LSU and Texas will meet for the first time since the 2002 season when the teams squared off in the Cotton Bowl in Dallas.

The contest will also mark LSU’s first trip to Austin since 1954 when the Tigers opened the season against the Longhorns.

Texas returns the game to Baton Rouge the following year when the teams meet in Tiger Stadium on Saturday, September 12, 2020

LSU and Texas are both coming off New Year’s Six Bowl victories and are expected to be ranked among the Top 10 teams in the nation heading into the 2019 season.

The Tigers closed out the 2018 season by knocking off previously undefeated and eighth-ranked UCF, 40-32, in the Fiesta Bowl, while the Longhorns beat Georgia, 28-21, in the Sugar Bowl. Texas finished last year with a 10-4 record.

LSU goes into the 2019 season coming off a 10-3 record, a year in which the Tigers set a school record with four wins over Top 10 ranked teams.

LSU opens 2019 against Georgia Southern on August 31 in Tiger Stadium.

BATON ROUGE, La. (KTAL/KMSS) — This week, more than 1,500 vaccine providers across Louisiana will have available doses of COVID-19 vaccine.

According to the Louisiana Department of Health, these providers include national and independent pharmacies, public health providers, clinics and physician offices, hospitals and others.

LAFAYETTE, La. (KLFY) — Inmates convicted by a non-unanimous jury verdict have until Tuesday, April 20 to file an application of relief to seek a new trial.

Promise of Justice Initiate (PJI) out of New Orleans says they received 1,040 petitions for post-conviction relief.

Overall, this was a gorgeous forecast for the first day of your week across southeast Louisiana and New Orleans, itself.

Yesterday, we were dealing with improved outlooks, too, especially in comparison on last week. Now, it’s tough to stay inside in these gorgeous conditions with sunshine galore. Highs by your afternoon after lunch reached the 70s area-wide.

More ‘plus-up’ stimulus payments on the way to taxpayers this week, IRS says