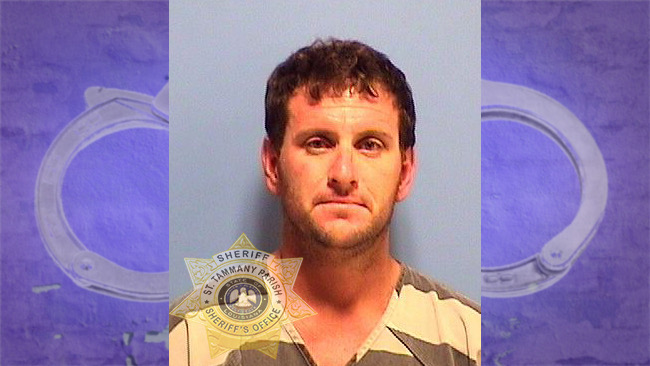 ST. TAMMANY PARISH – A Slidell-area man was arrested on Wednesday after engaging in an altercation with another shrimp boat captain.

STPSO deputies say shortly after 3:30 P.M., marine units were dispatched to the area of Rigolets Pass, near Geoghegan Canal in reference to an altercation between the occupants of two shrimp boats.

Reports show the captain of one of the boats, 35-year-old Casey Russell, had become angry after locating another individual shrimping “in his spot.”

Russell then dropped his boat’s anchor and circled the victim’s boat, causing the anchor to hook the boat’s nets and lines.

Russell then dragged the boat, causing it to sustain significant damage and take on water.

Russell was arrested and booked for aggravated criminal damage to property.

Louisiana Department of Wildlife and Fisheries assisted in the investigation and also cited Russell for interfering with a commercial fisherman.