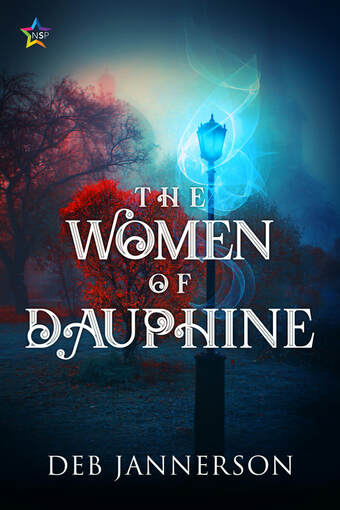 NEW ORLEANS – Deb Jannerson’s ‘The Women of Dauphine’ is a coming-of-age story about love, secrets and the paranormal.

Deb Jannerson is an award-winning author of bildungsroman lit, queer romance, and poetry. Her debut young adult fiction novel is said to straddle “the line between first romance and gritty teen drama that fans of Han Nolan, Alys Arden, and Riverdale are sure to be interested in.”

The novel follows a young girl, Cassie, whose family moves into a decrepit house in New Orleans. The only upside of the move is her new best friend, Gem. Gem is witty, attractive, and sure not to abandon Cassie—after all, she’s been confined to the old house since her murder in the ’60s. As their connection becomes romantic, Cassie must keep more and more secrets from her religious community, which hates ghosts almost as much as it hates gays. Even if their relationship prevails over volatile parents and brutal conversion therapy, it may not outlast time.

Deb Jannerson is the author of the poetry collections Rabbit Rabbit (Finishing Line Press, 2016) and Thanks for Nothing (Finishing Line Press, 2018), available wherever books are sold. She won the 2017 So to Speak Nonfiction Contest for an essay about queer intimacy and PTSD, the 2018 Flexible Persona Editors’ Prize (and a Pushcart nomination) for a work of flash fiction about gruesome at-work injuries, and a Two Sisters Publishing prize for a story about switching bodies with her cat. Her pieces have been featured in anthologies and magazines, including viral articles for Bitch Media. Deb lives in New Orleans with her wife.

The Women of Dauphine can be ordered on Amazon or directly from the publisher.

“Film industry is continuing to boom in the city …

Andy Dalton ready to step in for injured Jameis Winston

‘Red Rifle’ on target as Saints prep for preseason …

Man sentenced to 10 years in prison for trafficking …

Wellness: What is dysautonomia?

Man arrives at hospital after shooting in East