NEW ORLEANS – Work crews are finalizing preparations for a controlled demolition that will take down twin tower cranes that have been swaying precariously over the ruins of the Hard Rock Hotel construction site since a fatal collapse one week ago.

If all goes to plan, the cross beams of the cranes, which each weigh 145,000 pounds, will collapse where they stand, according to New Orleans Fire Department chief Tim McConnell.

McConnell said the plan has always been to take down the cranes, but when each tower began to sway as a tropical storm formed in the Gulf of Mexico, the controlled demolition became a priority.

Governor John Bel Edwards has declared a state of emergency, allowing the city to move forward at full speed.

A private memorial ceremony was held early Friday morning for the families of the workers who remain trapped in building rubble.

The evacuation zone already in place around the collapse site was expanded in preparation for the demolition, which was originally scheduled for yesterday around noon, but was pushed back 24 hours. 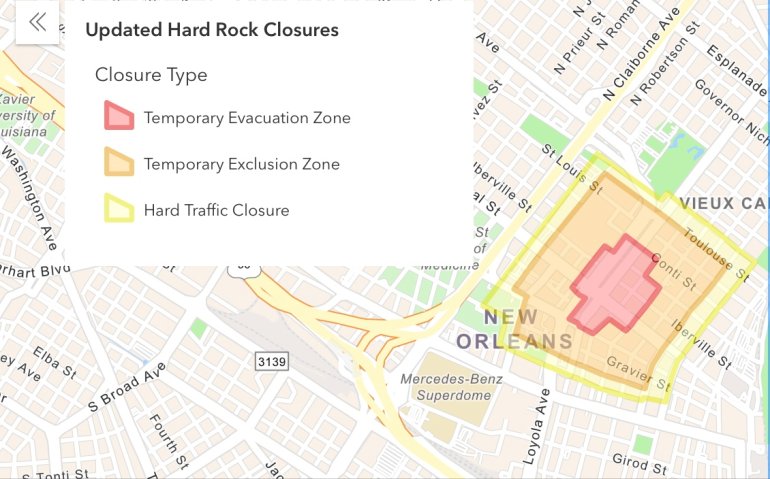 Follow along on WGNO.com and on the WGNO app for full coverage of the controlled demolition.

NORTH PORT, Fla. (WFLA) – It's been more than a month now since Brian Laundrie, the lone person of interest in the disappearance of Gabby Petito, was reported missing by his family.

The search for Laundrie started not long after Petito was reported missing by her family. Petito's remains were later found in Wyoming.

"King Richard" follows the journey of Richard Williams, the father of two of the most extraordinarily gifted athletes of all time, Serena and Venus Williams. "King Richard" will close out the fest on November 14th.

Happy Wednesday! Since Friday, we were enjoying lower humidity, sunshine, and a perfect temperature spread! Now, rain chances, heat, humidity, and clouds are back once again.

Highs today reached 85! On and off rain chances remain the theme, but we do not have a total washout in the forecast for these next few days. This evening will be pleasant as long as you grab your umbrella! A bit warmer than we were last night.

Overnight, over Northshore locations, 60s will be the theme with upper 60s, lower 70s south!

The Space Between Worlds: A New Experience at NOMA

Louisiana man accused of breaking into home, trying to set it on fire

What are side effects of the flu shot?

Local non-profit searching for dog who was allegedly subject to hanging, tasing and more

The Space Between Worlds: A New Experience at NOMA

Louisiana man accused of breaking into home, trying to set it on fire