DALLAS (WGNO) – Fourteen Lafourche Parish Sheriff’s deputies traveled to Dallas this week to present $25,000 to assist officers killed or injured in the line of duty.

The other $25,000 raised will go to help three officers in Baton Rouge who were injured in a shooting July 17 and the families of three officers who were killed.
Four Dallas Police officers and a Dallas Area Rapid Transit Officer were killed July 7 when a sniper  opened fire downtown after a Black Lives Matter protest. Six other police officers were shot and injured.

Officers, firefighters and other first responders from Lafourche Parish teamed up to hold “can shake” fundraisers throughout the parish on Saturday, July 16. Those can shakes, along with private donations and an employee fundraiser at the sheriff’s office, raised $50,000.

“Obviously, this effort was conceived and geared to go to Dallas officers, but within 24 hours of the unbelievable outpouring of support from our citizens, we had another tragic incident where three more officers were assassinated,” said Sheriff Craig Webre. “This time, it was closer to home in Baton Rouge. Due to the unbelievable success and funds raised beyond our expectations, we felt it was prudent to provide financial assistance to officers in both areas.”

During the can shake, donors who gave $10 or more were thanked with a dozen Krispy Kreme doughnuts. There were 1,000 dozen, or a total of 12,000 donuts, given away during the event. Additionally, all who donated received a blue ribbon and a novelty “Get Out of Jail, Free” card which, on the back, expressed gratitude for the donation and websites on which further donations could be made directly. 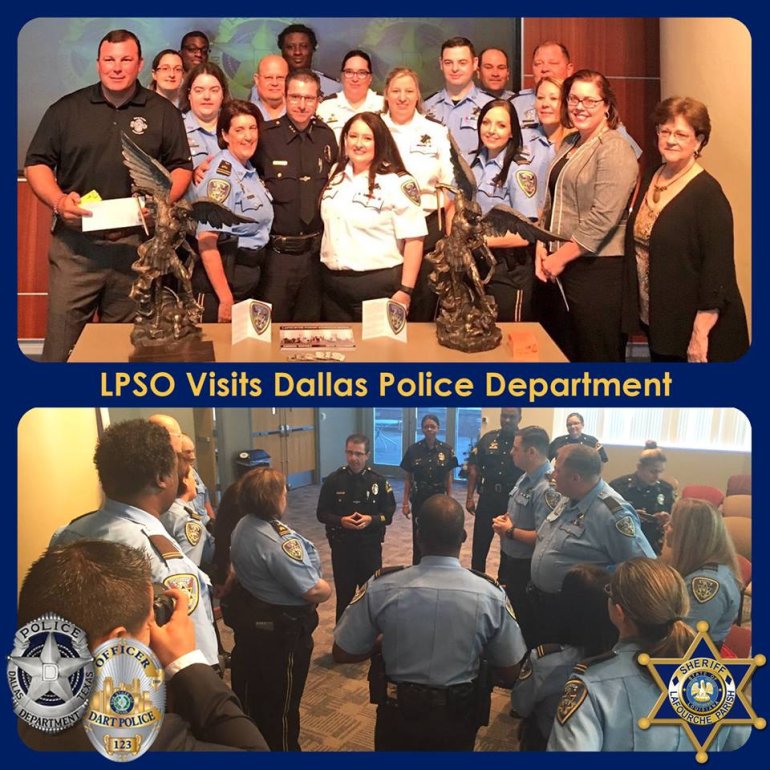 What beautiful weather we have today to welcome another First Quarter Moon! It feels like New Orleans during January as high temperatures remain in the 60s and 70s all week! This is our first First Quarter Moon of 2021.

The New Moon occurs as the moon has orbited around the earth twenty-five percent, and a Waxing Gibbous phase will be behind it over these next few days.

There are eight moon phases involved in a full lunar cycle. These include four major phases and four minor phases.

Due to the ongoing Covid‐19 pandemic, the producers of the New Orleans Jazz & Heritage Festival presented by Shell, have decided to postpone the 2021 event until the fall.

Lions agree to terms with Saints’ Dan Campbell to be coach

DETROIT —The Detroit Lions have agreed to terms with Dan Campbell to be their coach.

The Lions announced the agreement with the New Orleans Saints tight ends coach on Wednesday, one day after formally introducing Brad Holmes as their general manager.

No Mega Millions winner as jackpot climbs to $970 million

‘Tiger King’ not among Trump pardons

At just one place, take a bite from 65 king cakes

‘Chucks and Pearls’ in tribute to new Vice President Harris

Will the Capitol rioters receive a pardon from President Trump?

‘Chucks and Pearls’ in tribute to new Vice President Harris

St John community seeks to honor one of their own

Love It, Like It, Hate It | Sausage: Chicken, Turkey + Vegan Sausage

No Mega Millions winner as jackpot climbs to $970 million

‘Tiger King’ not among Trump pardons