The resignation is effective March 24.

“I have enjoyed this great opportunity to serve as U.S. Attorney here in Southeast Louisiana,” Polite said in a press release announcing his resignation. “More importantly, it has been the highest honor to lead this office’s outstanding employees who are committed to the ideals of collegiality, diligence, and professionalism.  I am confident that these public servants will continue to ensure that justice reaches out to all residents of this region.  Regardless of my title or position, I will always work to improve the lives of our region’s residents, especially our young people.”

Polite, 41, was appointed by President Barack Obama in September 2013, after former U.S. Attorney Jim Letten had to step down because two of his top prosecutors admitted to posting anonymous comments on news stories online.

High-ranking Louisiana Republicans, including Louisiana Attorney General Jeff Landry and U.S. Sen. Bill Cassidy, sent letters this year on behalf of Polite, asking that the Trump administration not replace Polite with a Republican, as these appointments typically fall along party lines. 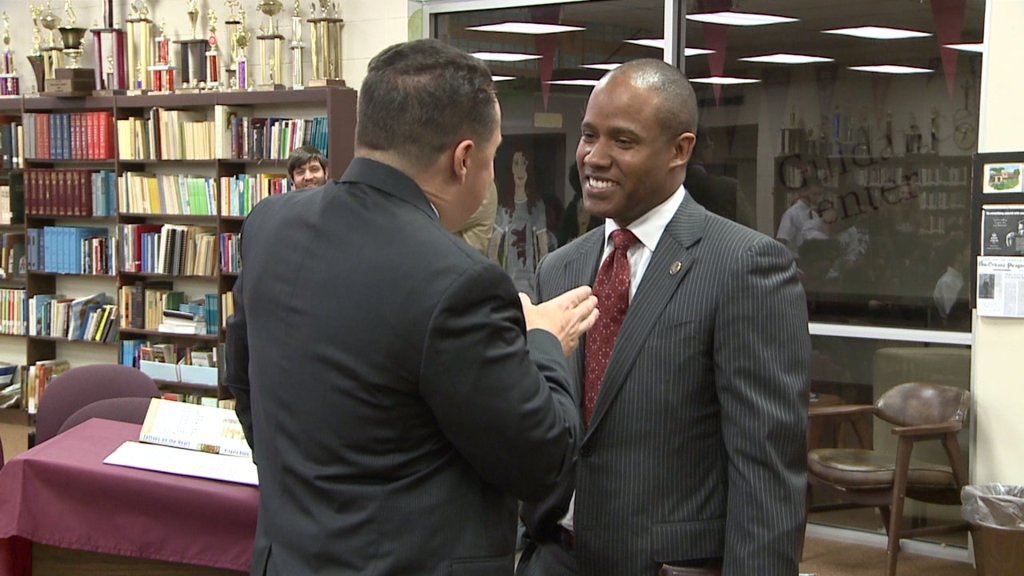 Polite said his office focused on improving the prosecutorial efficiency and transparency, strengthening its regional collaboration with both law enforcement and the residents they serve, and fostering greater community interest in both prevention and reentry as necessary tools for improving public safety.

His office also touts the following convictions during Polite’s tenure:

Polite has received numerous awards for his leadership as U.S. Attorney, including the Leadership in the Law award from New Orleans City Business, the Goldman Criminal Justice Reform award from Court Watch NOLA, and the Community Light in Mentorship award from Each One, Save One.  Loyola University Law School awarded him an honorary Doctorate of Laws, and De La Salle High School, where Polite graduated as valedictorian, endowed a scholarship in his name to honor a graduating senior who has excelled in scholarship and leadership.

He has also given public speeches at Stanford, Yale, Columbia and New York University law schools, countless civic organizations, and most importantly, elementary, secondary, undergraduate, and graduate schools across Louisiana.

Polite and his family will continue to reside in New Orleans.  Details regarding his future endeavors, in both the public and private sectors, are forthcoming.

After a very active start to today across the southeast region on radar, our severe weather threat has ended.

There are area-wide reports mentioning hail plus tree damage. This is something we collect survey information on all day today until even tomorrow, assessing as more come through. Clouds have returned while your evening progresses with an increase in dry conditions.

Southeastern Takes Back River Bell With 52-45 Win Over Nicholls

NEW ORLEANS — Two districts from the New Orleans Police Department worked together to take three young men found in possession of a stolen vehicle and weapons off the street on Friday.

This college is offering the first cannabis chemistry scholarship

You already have to show a ‘yellow fever passport’ — why not one for COVID-19?

6:30PM Saturday: Clearing in the forecast for Sunday and Monday!

Housing boom: Why people are paying thousands more than the asking price

Taking this step after receiving the COVID-19 vaccine makes a difference, CDC says

ED-itorial: Will heads roll at LSU?

VIDEO: One dead, at least 7 injured in overnight storm that ripped through St. Landry Parish