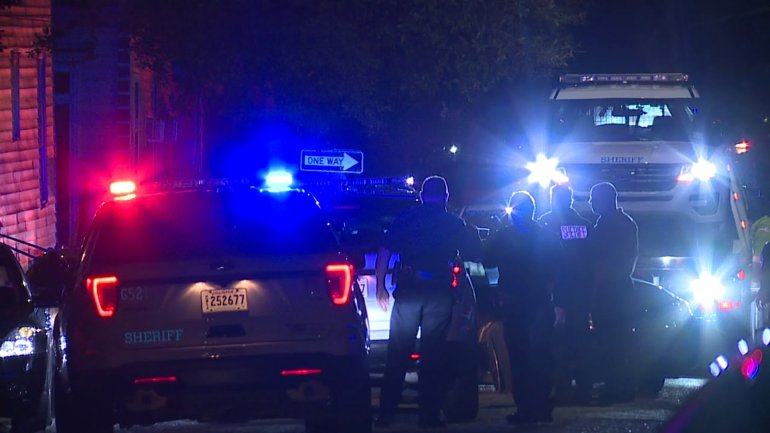 NEW ORLEANS– An early morning multi-parish police chase ended with a Jefferson Parish Sheriff’s Deputy injured after he crashed into a building  on North Villere Street in New Orleans.

The chase started in Jefferson Parish when deputies responded to a stolen vehicle call on Homestead Avenue in Metairie.

A  spokesman says that the chase ended in New Orleans when the suspects in the stolen car exited the I-10 and  slammed into two JPSO vehicles, causing one of them to crash into a building near the intersection of N. Villere Street and Elysian Fields Avenue.

Two suspects were arrested at the scene.

Police are looking for two others.

The deputy’s injuries are said to be minor.

NEW ORLEANS-- The NOPD is investigating a homicide at the intersection of Dumaine and North Broad streets that happened on Sunday afternoon.

According to investigators, officers responded to a call of a shooting at the intersection of Dumaine and North Broad streets around 3:00 p.m. That's where they found a man down and unresponsive. He was taken to the hospital by EMS where he later died.

WATCH: Round 1 of WGNO’s “At-Home Highlights”

NEW ORLEANS, La.- The sports team here at WGNO knows that the Coronavirus quarantine is crippling our ability to watch sports.

NEW ORLEANS-- Famous artist Terrance Osborne has created a new piece of art, entitled "Front Line." This piece honors the front line workers who are risking their lives in the midst of the coronavirus crisis.

Osborne said this is a nod to Rosie the Riveter, and it honors all front line workers like doctors, nurses, medical professionals, grocery store workers, bus drivers, and emergency workers.