NEW ORLEANS – The real estate market in Mid City has taken a turn for the satirical with a Craigslist advertisement for a “historic multi-level location” on the corner of Jefferson Davis Parkway and Canal Street.

On the market for just $1,865 per month, the 30 square foot location had, until last week, been home to a controversial statue of Confederate President Jefferson Davis.

The location is right on the Endymion parade route and very close to several bars, which the anonymous poster notes is very convenient “if one had non-stone or metal legs.”

“Space comes with several flags of varying type; each flag is attached to a dumbbell that is on the right, and many of them are on the far right side,” the post reads. “There were some on the left up until the space became vacant. It may be difficult to remove the ones on the right.”

The post notes that firearms are not allowed due to the pedestal’s close proximity to schools and churches, but the bar across the street will allow future residents to use the bathroom as long as they make a purchase.

“Former occupant’s furnishings have been removed,” according to the post. “Space is ready to move in.”

See the whole ad below: 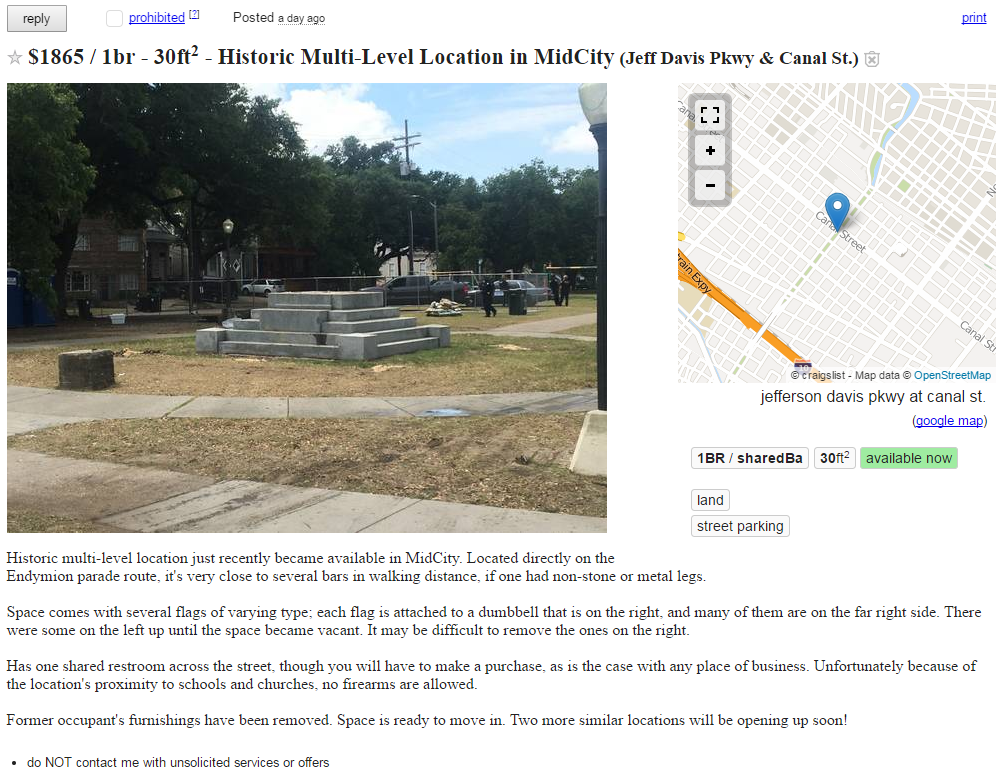