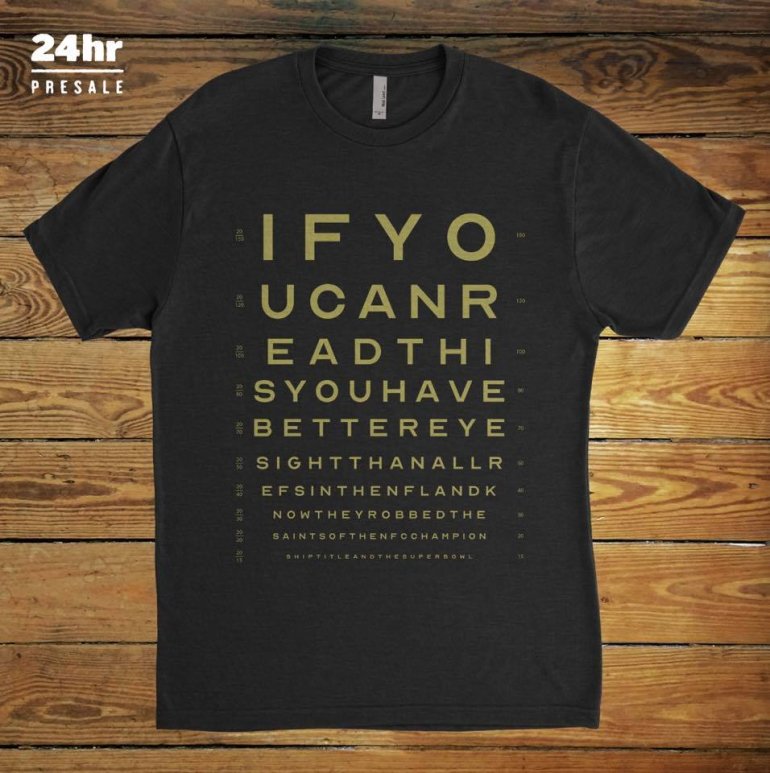 NEW ORLEANS – For those who don’t know… the Saints were robbed, and now there’s a t-shirt to spread the word!

“Dirty Coast” released this awesome t-shirt on their website today.

During the NFC Championship game between the Rams and the Saints, there was a terrible “no-call” that most likely cost the Saints the game.

Not only did the black and gold lose out on the NFC Champion title, but the loss put an end to the Saints march to Atlanta.

In all, the Saints had an incredible season, and Drew Brees has said in several statements that he plans to return for another season.

The t-shirt is on a 24-hour pre-sale. They can be ordered here, and will ship out after January 30th.