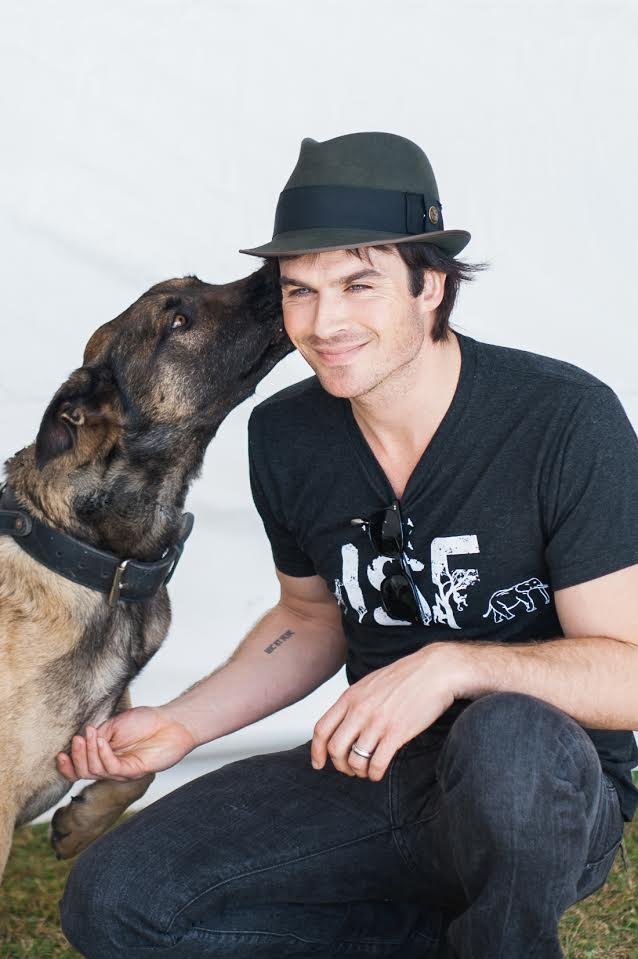 COVINGTON, LA – You know how animals have a “homing” instinct, that unique ability to find their way back home no matter where life’s adventures have taken them? Well, it works for humans, too.

Ian Somerhalder, the top dog at the unique Mardi Paws dog parade that takes place in St. Tammany Parish, Louisiana, at the tail end of each Mardi Gras season, is returning to his hometown of Covington on Sunday, March 1 to lead the pack at this event that benefits his nonprofit Ian Somerhalder Foundation.

The theme of this year’s Mardi Paws parade is Beyond All Boundaries: Exploring Sea, Air & Space, celebrating the limitless exploration both above and below Earth’s surface. Participants are encouraged to come dressed as everything from mermaids to astronauts. The theme was selected months ago, but it turns out to be the perfect choice for the year when the parade is breaking some of its own boundaries and moving from the lakefront in Mandeville, where it took place for 25 years, to downtown Covington, home to charming restaurants, inns and shops.

This year the parade is moving about 10 miles north, from the town of Mandeville, where Somerhalder attended high school, to Covington, the town where he grew up.

He left Louisiana in 1997 to pursue an acting career that has landed him on screens both big and small.

Though he gained celebrity for starring as Boone Carlyle in the first season of ABC’s addictive drama “Lost,” Somerhalder is perhaps best known for his starring role as Damon Salvatore on the CW’s “Vampire Diaries” during the series’ eight seasons.

And now he’s on the other side of the vampire battle in a new Netflix series called “V Wars,” in which he plays the lead role of Dr. Luther Swann, a human doctor who faces off against his now-bloodthirsty best friend as a mysterious and ancient disease turns people into vampires. The series premiered on December 5.

Around that same time, Somerhalder soared to the top of The Hollywood Reporter’s “Social Climbers” chart, which ranks the most popular personalities and TV shows based on data from Facebook, Instagram, Twitter and YouTube. His peers in that ranking include Dwayne Johnson, Millie Bobby Brown and Kevin Hart. This week “V Wars” tops the list of TV shows trending on streaming services.

An ardent animal lover, on his 32nd birthday in December 2010, Somerhalder launched the Ian Somerhalder Foundation (ISF) with a goal of protecting animals and the environment.

For the past four years, proceeds from the Mardi Paws parade have benefitted both ISF and their emergency medical grant program and Scott’s Wish, which provides aid for patients with leukemia and life-threatening illnesses.

The parade is a way for Somerhalder to promote causes that are important to him while also keeping a strong connection to his home state. The last time his hectic schedule allowed him to attend the parade in person was in 2016, and there was a record turnout of participants and spectators that year.

The parade committee is working out details for the weekend and will soon announce some other special events at which Somerhalder will be present during his time back in Covington. Beyond visiting with family and friends while he’s in town, he’ll appear at events that enable his fans to interact with him, too.

More details can be found at www.MardiPaws.com soon. There’s a $25 registration fee per dog, which must be in costume, and up to six humans can accompany each four-legged friend. Human escorts are encouraged to dress to suit the theme, too. Spectators of both the human and canine variety are welcome at no charge, and the business community of Covington is ready to welcome them for drinks, meals, shopping and other activities throughout the afternoon.

METAIRIE, La. - In less than 3 quarters of work against Grace King, East Jefferson's Arthur Oliver threw 7 touchdown passes and ran for another.

Oliver, a junior, is the leader of the Warriors' offense.

Wyatt embodies the student-athlete role to the fullest and says that finding a balance between the two allows him to set a great example for his peers.

Panera adds one of America’s favorite foods to its menu

‘The joke is on us’: Woman in Borat movie thought it was legit documentary

White House lists ‘ending the COVID-19 pandemic’ as an accomplishment

Panera adds one of America’s favorite foods to its menu

‘The joke is on us’: Woman in Borat movie thought it was legit documentary