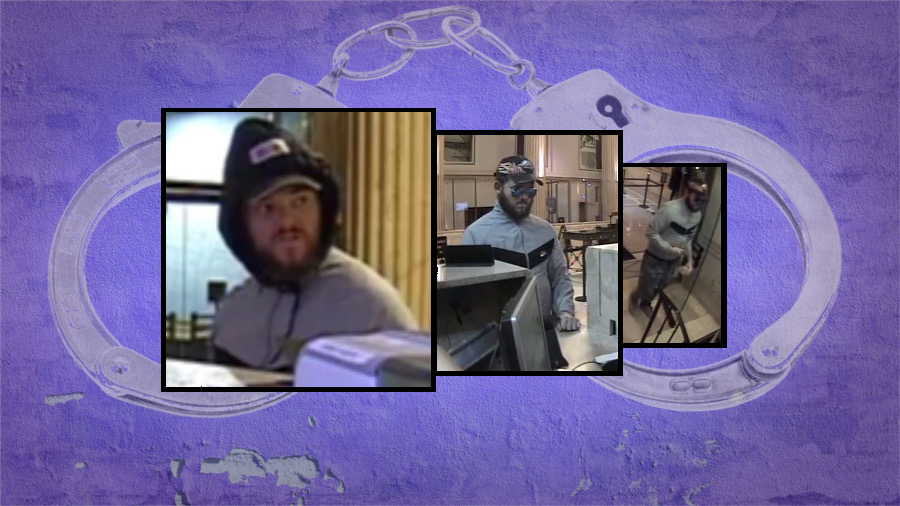 NEW ORLEANS – The FBI New Orleans Field Office and the New Orleans Police Department are requesting the assistance of the public in identifying the subject who robbed the Capital One Bank at 313 Carondelet St.

On Wednesday, December 4, 2019, at approximately 3:15 p.m., a white male entered the Capital One Bank, approached the teller counter and demanded money. After obtaining an undisclosed amount of U.S. currency, the robber fled the bank on foot.

He is approximately 30 to 35 years old, with a medium build, short hair, and a beard.

The FBI says he was wearing a grey Nike running jacket with a black stripe across the chest, blue jeans, a baseball cap, and mirrored sunglasses.

Anyone with information is asked to contact the Federal Bureau of Investigation New Orleans Field Office at 504-816-3000 or Crimestoppers at 504-822-1111.

Crimestoppers GNO is offering a reward of up to $2,500 for information which leads to the arrest and indictment of the subject responsible for this crime.

NEW ORLEANS-- With everything going on, businesses have decided to shift their operations to help out those in need.

NEW ORLEANS - Per Gov. John Bel Edwards’ announcement to extend the stay-at-home order through Thursday, April 30, all NOLA public schools will remain closed for the duration of the month of April.

This necessary action is an effective way to slow the spread of COVID-19 across our city and state. The District will issue updates to the public with developments every Monday, Wednesday and Friday.

St. Tammany Parish has seen an increase in confirmed positive cases from 111 one week ago, Friday, March 27, to 435 today, April 3. The number of COVID-19 deaths in St. Tammany has risen to 10.