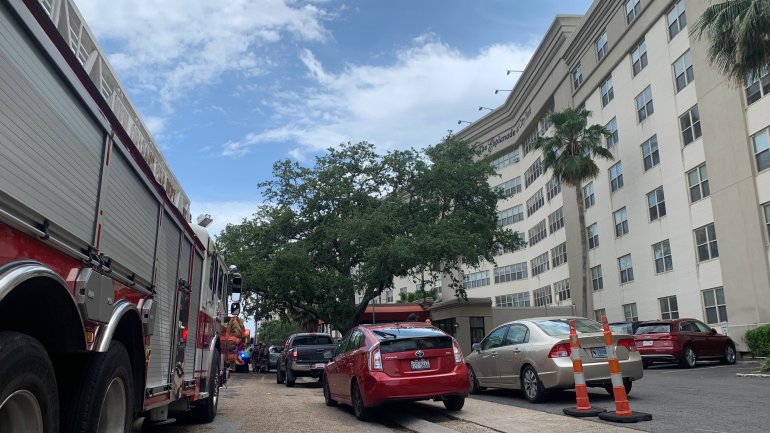 The fire was located on the second floor of the Esplanade at City Park New Orleans Apartments.

Though only one apartment was on fire, out of precaution, the entire building had to be evacuated.

Second and third alarms were called in, alerting firefighters in the area that help was needed with evacuations.

NOFD Chief Edwin Holmes explained that there are many elderly and mobility-impaired residents who needed assistance being evacuated.

At this time, no injuries have been reported.

The NOFD was called out to these apartments for a fire in February, but there is no believed correlation.

MARRERO, La. -- A free covid vaccine drive-up is happening tomorrow, Monday, January 18, in Marrero. If you signed up for this event, we have the details you need to know before you go.

The InclusivCare drive-up will be at 1855 Ames Blvd. from 9am - 12 pm. Anyone who falls in the Tier I category, which includes people over the age of 70, healthcare workers and firefighters, can get the vaccine.

NEW ORLEANS -- The New Orleans Police Department is investigating a shooting that happened on the 1400 block of Teche Street.

Police say one man was injured in the shooting and taken to a local hospital by private transportation. The man's condition is unclear at this time.

It was another gorgeous day today across southeast Louisiana, though we are, area-wide, cooler than Friday nearly everywhere!

Frost remains possible Saturday morning, so remember all 3 Ps: people, pets, plants but fortunately, for these next 48 hours, pipes won’t face any problems! Winds have settled down, so that may not help break up any frost attempting to settle. Highs reach upper 50s to low 60s tomorrow afternoon after lunch.