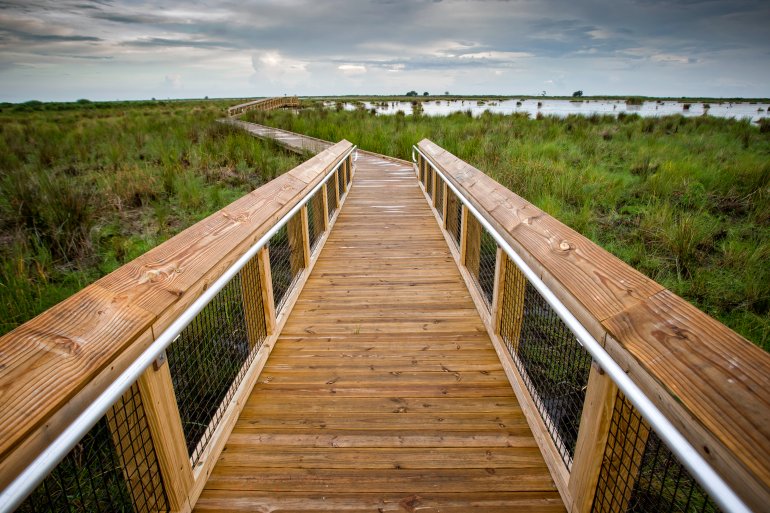 BATON ROUGE – On Wednesday, Governor John Bel Edwards announced the promise to restore the millions of dollars that were cut from Louisiana coastal restoration and preparedness program.

The America’s WETLAND Foundation says the dollars will now go where they were meant to go – to critically needed coastal restoration projects.

The Gulf of Mexico Security Act has assigned a budget of more than $300 million to hurricane protection projects, that will keep residents and infrastructure safe.

“We are gratified by the Governor’s decision to return the money swept from the Coastal Trust Fund over the past several years,” says  Kimberly Reyher, Executive Director of the Coalition to Restore Coastal Louisiana (CRCL). “Our coast, our communities, and our people deserve every cent available for implementing the state’s Coastal Master Plan. While this is a welcomed announcement, the fact is that our coast is too important for the Coastal Trust Fund to be raided when the state has a budget crisis. CRCL has been fighting to protect our coastal funds for three decades, and we will continue to do so. The Governor is a champion for our coast and this shows his continued commitment.”
In 2015, the original wetlands fund was cut by the Jindal Administration.

Holy Cross has now won 5 in a row since returning from their Covid-19 pause and will look to keep their streak alive in game 2 of their series with John Curtis.

PORT FOURCHON, La.-- At the Port Fourchon fire station, families of the 12 missing crew members aboard the Seacor Power which capsized on Tuesday finally got to ask the U.S. Coast Guard and Seacor Power officials questions.

"I asked is the rig steady? Is it moving? He said no, it is steady," Marion Cuyler said.

The first round of rain rolled through around midnight, and another followed at around 7:00 that same morning.

Princes William, Harry won’t walk next to each other at Philip’s funeral