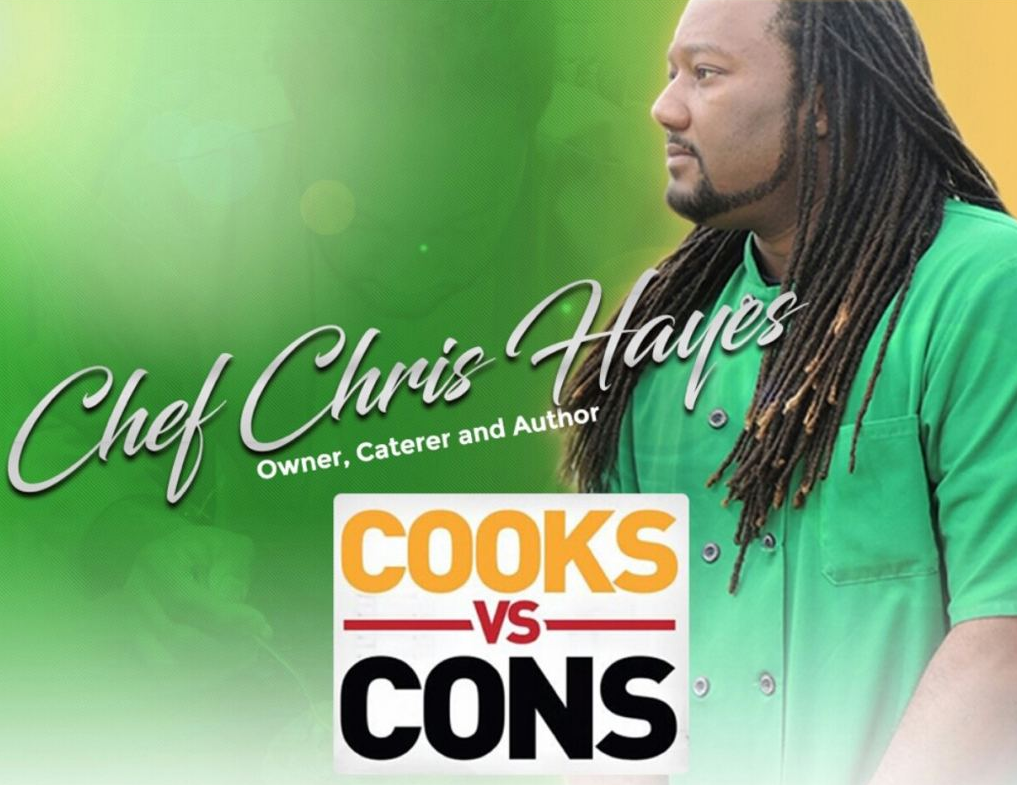 Chef Hayes and three other chefs or cons presented their best dishes using the secret ingredients of pineapple and pineapple preserves in round one and potato vodka, potato croquets and powdered mashed potatoes in round two.

Chef Hayes’ winning dish was Creole Potato-Crusted Salmon with Orange Couscous. In round one, Chef Hayes fried the competition with his rendition of Creole fried chicken and waffles topped with pineapple mango salsa.

Hayes, born in Shreveport, has been a chef in New Orleans for the past seven years.

Asked what’s next after winning, Hayes says, “I will continue as executive chef at Felix’s, I’ll be taking my wife on a honeymoon, and growing my catering business. My hope is to have my own show on Food Network.”

Hayes has been a member of culinary teams at several New Orleans restaurants.  Hayes received his culinary education at what is now known as Northwest Louisiana Technical College – Shreveport. Hayes recently started his own catering business The Smoking Oyster and travels throughout the Southern Region.

NEW ORLEANS-- The New Orleans Fire Department has found the body of a woman who was apparantly killed in a Wednesday evening house fire in the 4600 block of Annette Street.

The body of a 66-yea-old woman, who was the caregiver for her 91-year-old father, was found in an upstairs bathroom.  The father was on the first floor and managed to get out of the house safely.

Vince Marinello dies in prison at the age of 82

JACKSON, LA.-- Former Louisiana broadcaster Vince Marinello has died in prison. Officials at the Dixon Correctional Facility have confirmed that Marinello died on February 21st in the prison's infirmary.

Marinello was serving a life sentence for the 2006 murder of his wife Mary Elizabeth Marinello outside of a Metairie salon.

NEW ORLEANS-- A big congrats goes out to Jovin Webb from Gonzales, Louisiana who just made it through to Hollywood on the new season of "American Idol."

He auditioned for "American Idol" in Baton Rouge. He just went up before celebrity judges Katy Perry, Lionel Richie, and Luke Bryan.

How to prepare for coronavirus in the United States: 10 questions answered