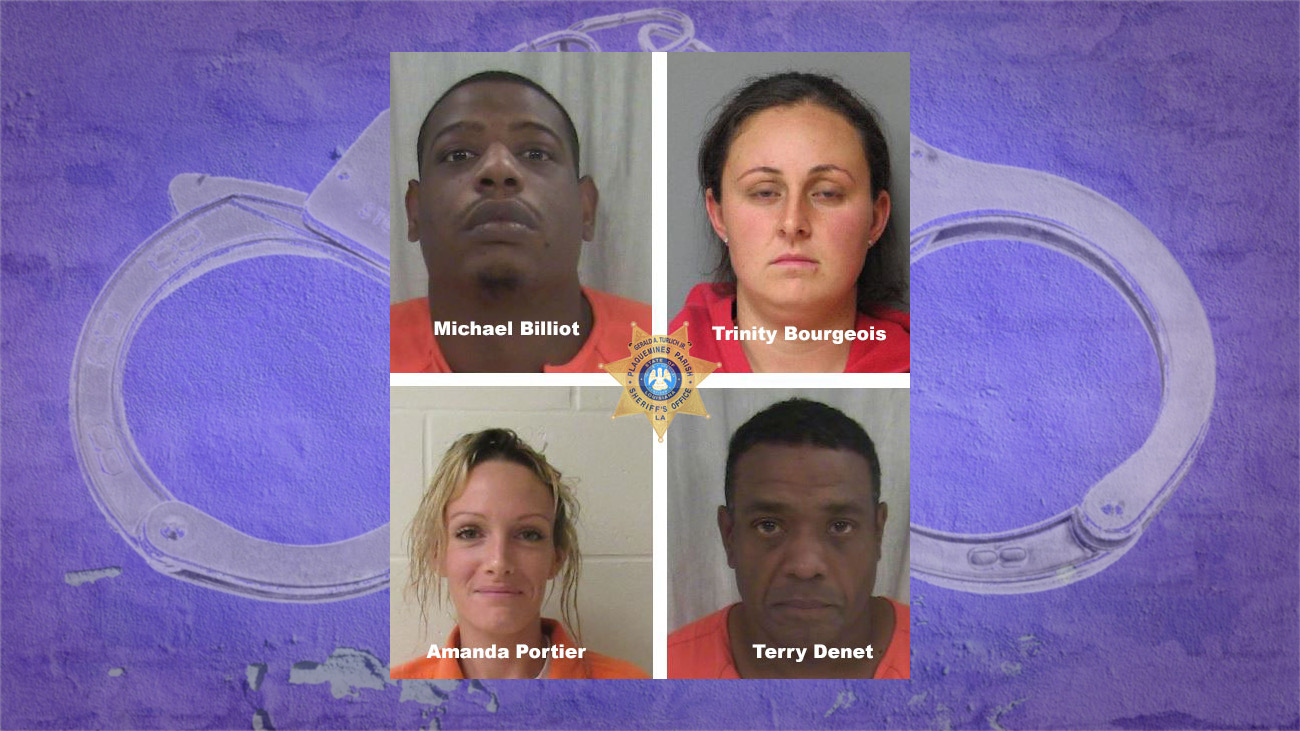 Shortly after the transaction, the PPSO Narcotics Division simultaneously executed a search warrant at the location while conducting a traffic stop on Highway 23 of the vehicle Billiot was operating during the exchange.

The search warrant yielded the seizure of a large, undisclosed amount of crystal meth, along with items commonly associated with the distribution of illegal narcotics, while the traffic stop investigation revealed Billiot to be in possession of an undisclosed amount of U.S. currency and a loaded handgun. 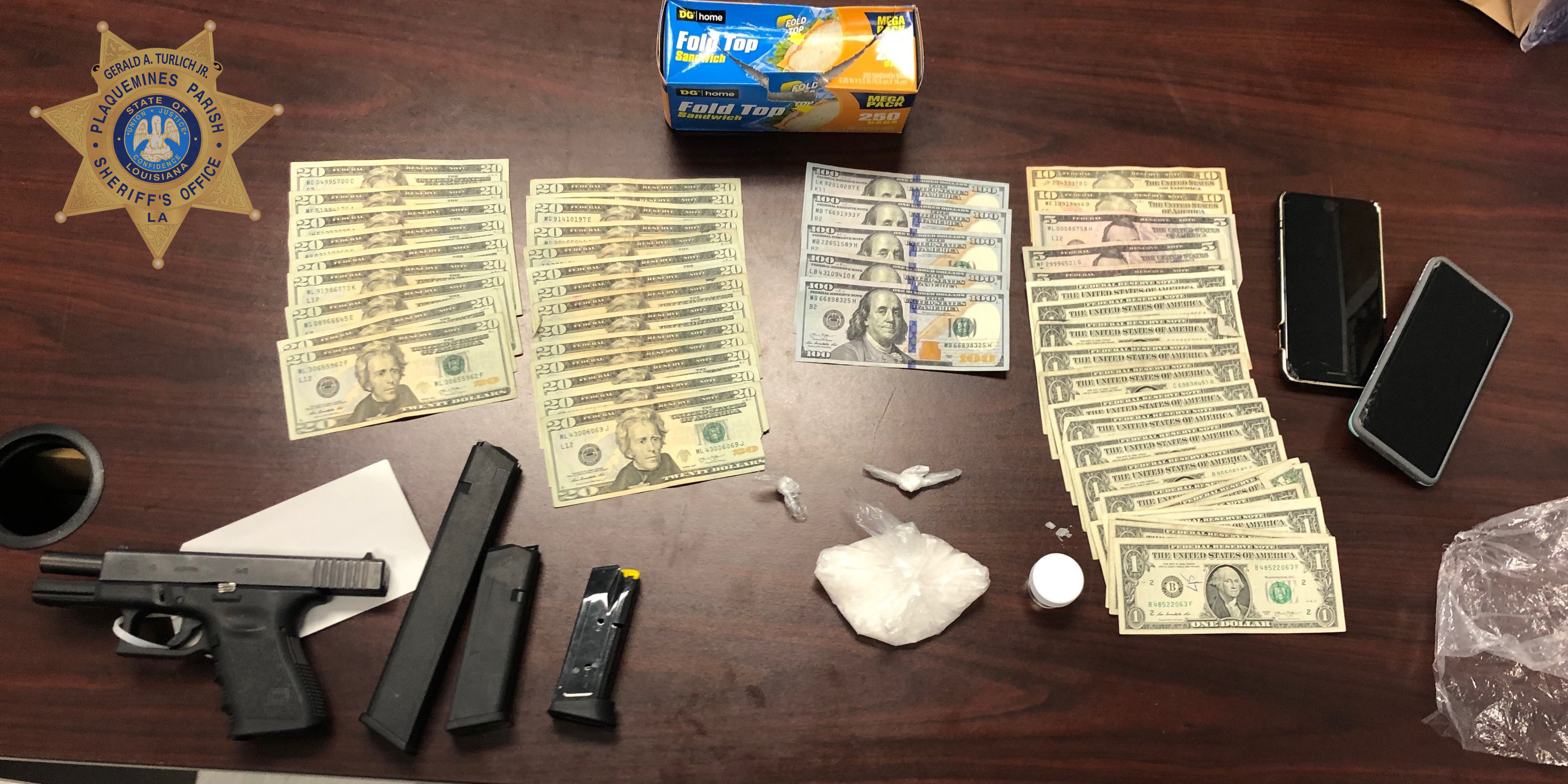 “During this investigation, we were able to remove a large amount of drugs that was imported from outside our parish intended to be distributed to our residents,” said Sheriff Turlich. “Our Narcotics Division did an excellent job handling this case resulting in four arrests and the seizure of the highly addictive crystal meth along with a firearm. We will continue to work hard to stop these dangerous drugs from entering our parish and affecting our quality of life.”

Michael Billiot was charged with distribution of schedule II CDS Methamphetamine (crystal meth), illegal carrying of weapons/possession of a firearm in the presence of CDS, window obscuring material (illegal window tint) and a revoked license plate.

Amanda Portier was charged with possession with the intent to distribute schedule II CDS methamphetamine (crystal meth), possession of drug paraphernalia along with outstanding warrants.

Terry Denet was charged with criminal conspiracy of possession of a schedule II CDS.

TOKYO (AP) — There’s a lot more to building a beach volleyball court than just stringing up a net by the sea.

A year after hosting the Olympic competition on Brazil’s iconic Copacabana beach, this year’s event isn’t on a beach at all. Instead, the venue is in the urban Shiokaze Park overlooking Tokyo Bay, with 3,500 tons of sand shipped in from Vietnam to create a 16-inch deep surface that is safe and consistent for the players.