ATLANTA — Former NOPD Superintendent Richard Pennington died this morning, reportedly in hospice care, nearly seven years after suffering stroke.  A spokesman for the NOPD confirmed Pennington’s death but did not have any additional details.

The Chief of Police in the Atlanta suburb of College Park also announced Pennington’s death.  Chief Keith Meadows called Pennington, “…one of our all time greats.” 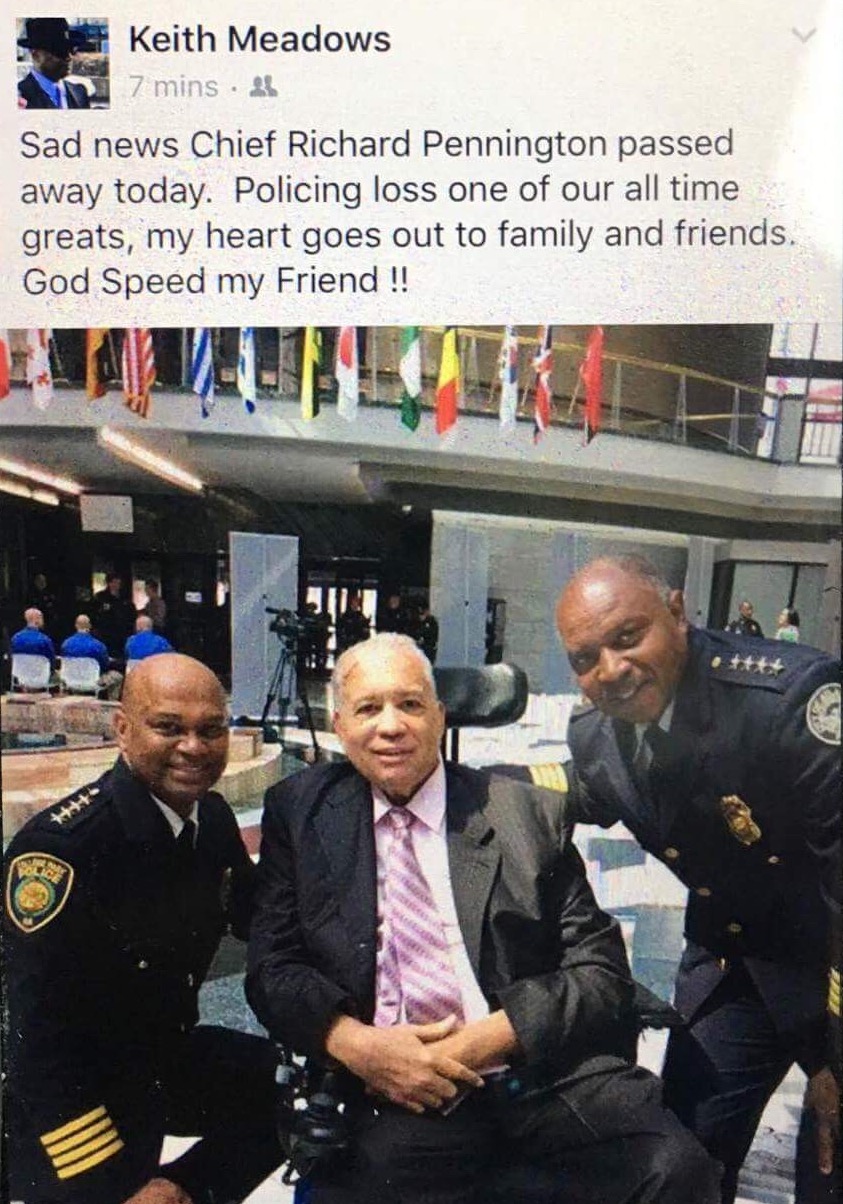 Pennington was hired by Marc Morial in the ’90s and is credited with many of the department’s reforms.  He also helped with the investigation into former officer Len Davis who was convicted of the 1994 murder of a woman who filed a complaint against Davis with the department. 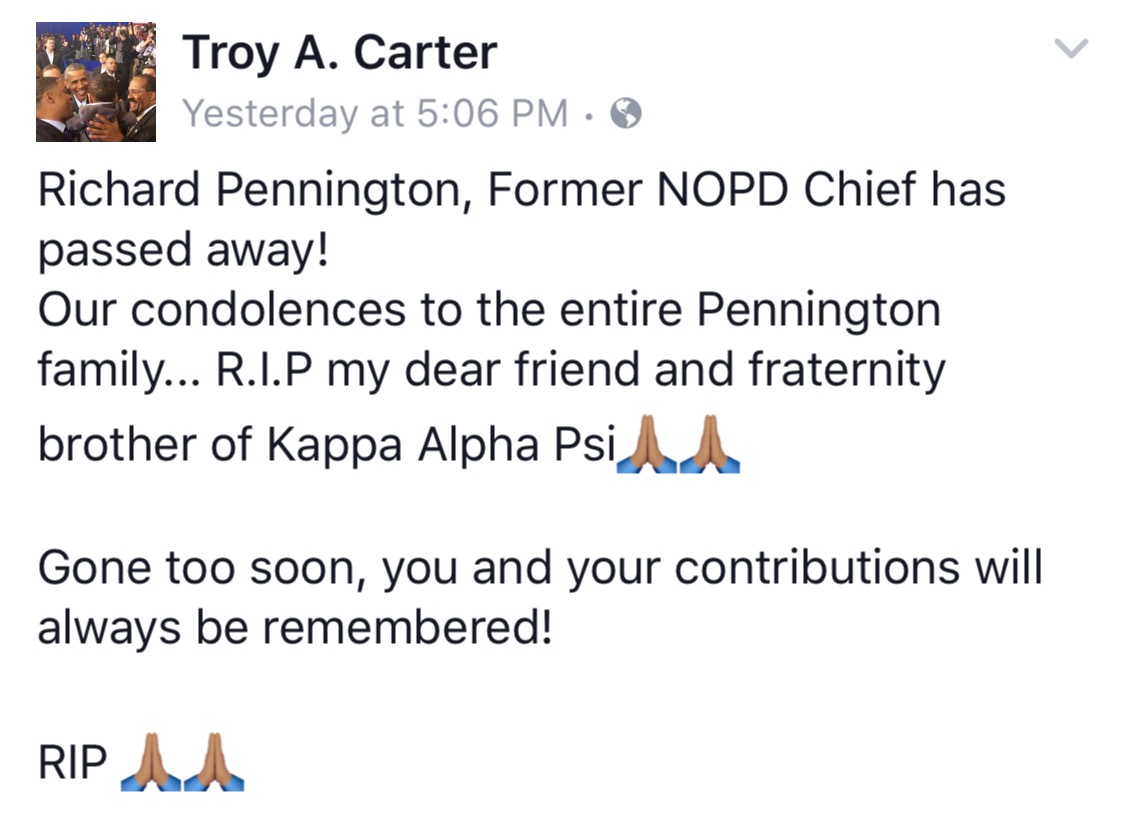 After stepping down as chief, Pennington ran unsuccessfully against Ray Nagin then moved to Atlanta where he served as police chief until 2010.

“I’m sad to hear of the passing of former NOPD Superintendent Richard Pennington. Chief Pennington was an exemplary public servant who dedicated his career to protecting neighborhoods throughout the country. Chief Pennington served the people of New Orleans with distinction. Our heart and prayers are with his family.”

“When Chief Pennington took over the New Orleans Police Department in the 1990s, it was in desperate need of reform; internal investigations, police details, and other operations weren’t working like they should.  “An Air Force veteran who served his country, for almost a decade Chief Pennington faithfully served the city and the people of New Orleans. He brought reform to the department by prioritizing both law and order and justice, and, as a result, the city was safer for our families, children, and seniors.  “I will never forget the change Chief Pennington’s leadership brought to the city I love. My thoughts and prayers are with his family during this difficult time. Today New Orleans lost a great leader.”

This webstory will be updated as additional information including funeral arrangements becomes available.

(NEXSTAR) — Now that Taco Bell has brought breakfast back to its menus, the restaurant chain is celebrating by giving away free food.

On Thursday from 7 a.m. to 11 a.m., Taco Bell will hand out free breakfast burritos at participating U.S. locations while supplies last.

BATON ROUGE, La. (BRPROUD) — An arraignment for a local pastor accused of violating COVID-19 restrictions put in place last year has been placed on hold.

Pastor Tony Spell will have to wait another 90 days before he will be back in front of Judge Eboni Rose at the 19th District courthouse again after allegedly violating COVID-19 mandates.

BATON ROUGE, La. (BRPROUD) — The Urban League of Louisiana, in partnership with the Foundation for Louisiana, announced the launch of the Black Business Works Fund, an initiative to assist black-owned businesses impacted by Hurricane Ida.