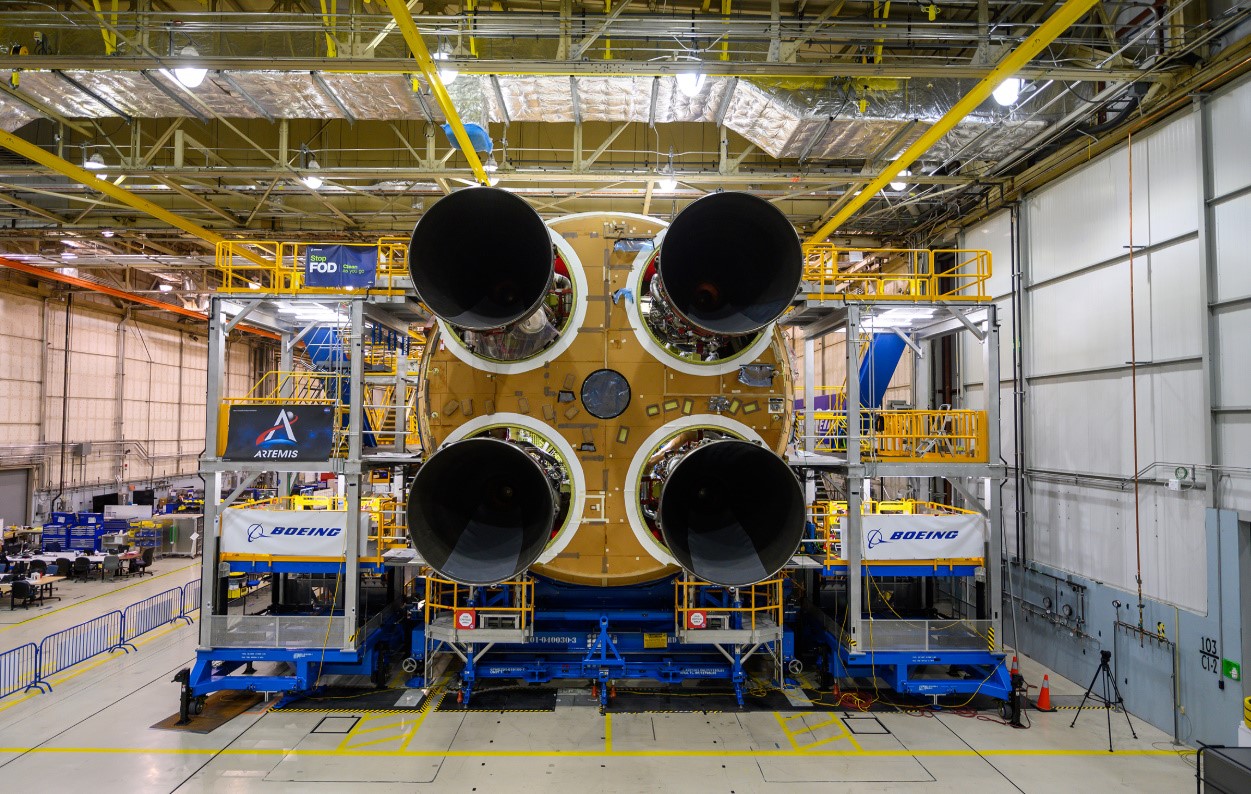 In a major milestone for the Boeing team building NASA’s Space Launch System (SLS), all four RS-25 engines have been installed into the core stage of the rocket set to launch for NASA’s Artemis I mission to the Moon.

The completed core stage with all four RS-25 engines attached is the largest rocket stage NASA has built since the Saturn V stages for the Apollo program that first sent Americans to the Moon.

Engineers and technicians at the Michoud Assembly Facility in New Orleans attached the third and fourth RS-25 engines to the rocket in the same week.

After assembly is complete, crews will conduct an integrated functional test of flight computers, avionics and electrical systems that run throughout the 212-foot-tall core stage in preparation for its completion later this year.

This testing is the first time all the flight avionics systems will be tested together to ensure the systems communicate with each other and will perform properly to control the rocket’s flight.

Boeing is the prime contractor for the design, development, test and production of the SLS core stage, as well as development of the flight avionics suite, which is managed out of the NASA Marshall Space Flight Center in Huntsville, Alabama.

Today, we were just a single degree away from our standing one set July 12, 1980.

It was a tight game in the early innings.

"We finished taking down the tower crane that was partially hanging over Canal Street and we've got the structure down and on the ground," Attorney for 1031 Canal Development LLC, Stephen Dwyer told WGNO on Sunday morning.

Trump and Fauci not speaking as coronavirus pandemic worsens