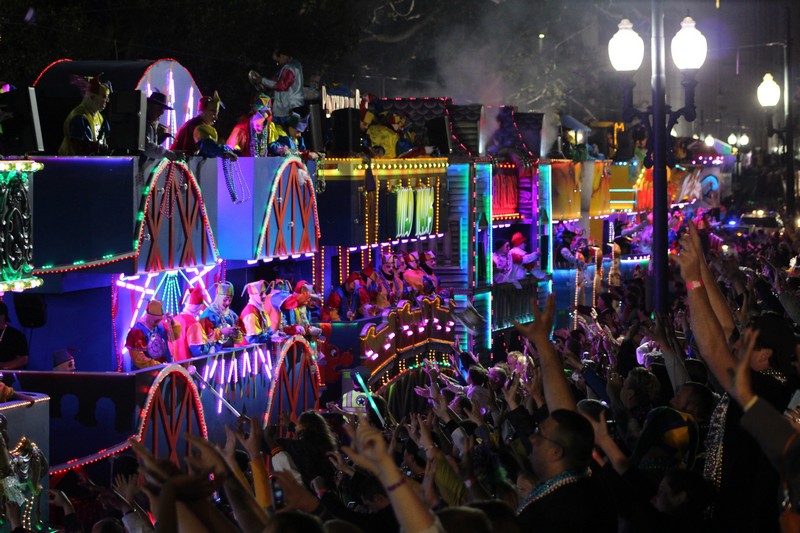 NEW ORLEANS – The 54th year of the Krewe of Endymion Parade & Extravaganza will include performances by Train, Styx, and country music legend Tim McGraw.

Founder and captain, Ed Muniz, made the announcement ahead on Tuesday morning.

Endymion will roll through New Orleans and into the Extravaganza at the Ernest N. Morial Convention Center, on Saturday, February 22, 2020.

Expected construction at the Superdome moved the event to the convention center.

For 2020, even more of the Endymion fleet has been refitted with brand new, customizable computer-controlled lighting that can be adjusted to the float themes. Some of our signature floats are the ETV float, beaming images of the crowds on a giant 20 foot by 9 foot screen!

Pontchartrain Beach, Then and Now may be the world’s largest float, featuring 9 sections and 270 riders! Plus, the Club Endymion float is a tribute to our long-time home at the Mercedes Benz Superdome!

More than a million people are expected along the parade route.

“America’s largest neighborhood block party, Samedi Gras, kicks it all off on Orleans Avenue between Carrollton and City Park Avenue at noon. Attendance swells to more than 50,000 and features area favorites the Groovy 7, The Topcats, and The Bucktown All Stars! Endymion rolls after Samedi Gras at 4:15 on the traditional Mid-City route!”

Tim McGraw has sold more than 50 million records worldwide. He has 43 #1 singles, countless Grammy and other awards and is the most played country artist since his debut in 1992. He’s acted in some of the most popular sports movies of the past ten years – from Friday Night Lights to The Blind Side. He’s widely regarded as one of the biggest touring acts in music. Some of his essential hits include, I Like It, I Love It, Live Like You Were Dying, Humble & Kind, Something Like That, It’s Your Love, Shotgun Rider and his current single, Thought About You. McGraw has wanted to lead Endymion for over 10 years, but there was always a scheduling conflict…..not this time though!

STYX rocks the Paradise averaging over 100 shows a year every year since (yes) 1999, STYX has the unique distinction of being the first band in rock history to have four consecutive certified multimillion-selling albums in a row: 1977’s The Grand Illusion, 1978’s Pieces of Eight, 1979’s Cornerstone, and 1981’s Paradise Theatre. STYX draws from over four decades of barn-burning chart hits, joyous singalongs, and hard-driving deep cuts. Like a symphony that builds to a satisfying crescendo, a STYX set features essential hits such as The Grand Illusion, Blue Collar Man, Lady, Miss America, Crystal Ball, and of course Come Sail Away!

Train returns to us for the second time! The first time their ride as Grand Marshals was cut short by rain. They are a multi-GRAMMY and Billboard award-winning band that has sold more than 10 million albums worldwide, more than 30 million tracks, including 3 GRAMMY awards, 2 Billboard Music Awards and dozens of other honors. Essential Train hits include Meet Virginia, Hey Soul Sister, Calling All Angels, Save Me San Francisco, Marry Me, Play That Song and more!