NEW ORLEANS – On Monday, the City of New Orleans announced amended 2020 parade routes for the Krewes of Endymion and Zulu due to public safety interests.

Road closures associated with the evacuation zone of the collapsed Hard Rock Hotel will remain in place throughout the 2020 Carnival season.

Those closures include Canal Street from Burgundy to Elk streets and North Rampart Street from Bienville to Common streets.

The routes of the Krewes of Endymion and Zulu parades traditionally pass through the evacuated area, and therefore must be rerouted for 2020 Mardi Gras. In addition to collapse-related street closures, the City of New Orleans considered other public safety interests in its decision to reroute the Endymion parade.

After two tragic incidents in the last three years near the Mid-City route, the City took a hard look at the finite public safety resources that manage three separate parade routes on the Saturday before Mardi Gras, by far the busiest day of the season. After bringing concerns to the Krewe of Endymion, Krewe leadership has agreed to provide additional detailed law enforcement officers from neighboring agencies on parade day.

Those officers will assist in early traffic control at the beginning of the Mid-City route as New Orleans Police Department (NOPD) officers arrive, coming immediately from the Uptown route after morning parade assignments. “Ensuring the safety of our residents and visitors is our number one priority,” said NOPD Superintendent Shaun Ferguson. “During Carnival events, NOPD is all hands on deck. But, with additional law enforcement officers provided by Endymion, I believe we can safely support this slightly amended Mid-City route in 2020. I’d like to thank the Krewes of Endymion and Zulu for their flexibility and commitment to public safety.”

In 2020, the Krewes of Endymion and Zulu will parade along the routes outlined below. Again this year, the City will track the beginning and end of parades in real-time on its mobile-friendly website, routewise.nola.gov, which currently lists all 2020 Carnival parade routes.

Additional information is available on the City’s Mardi Gras website at nola.gov/mardi-gras. Residents and visitors are also encouraged to text MARDIGRAS to 888777 to receive updates on parade schedules, transportation impacts, public safety, and weather information directly from the City of New Orleans. 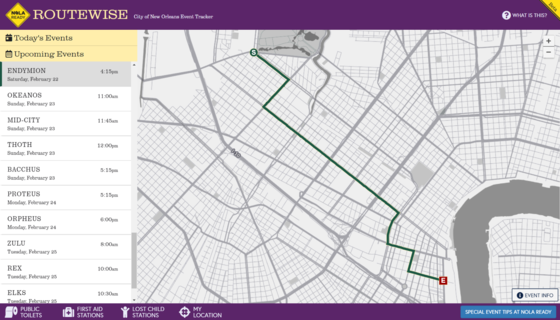 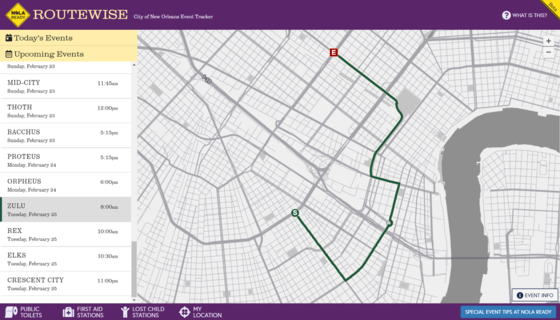 GALLIANO, LA. -- A sister of Gregory Walcott, one of the missing Seacor crew members, tells WGNO that officials have found a fifth body. We're told the body is badly decomposed and has not been identified.

The United Cajun Navy is joining the Coast Guard in search efforts on Monday at 7:30 a.m.

Overall, this was a gorgeous forecast for the last day of your weekend across southeast Louisiana and New Orleans, itself.

Yesterday, we were dealing with additional rain, clouds and cooler highs, too, to make it feel ever colder after severe weather ripped through muchy of last week. Temperatures are a bit warmer today across the state.

Now, it’s tough to stay inside in these better conditions with peeks of sunshine and lovely sunsets. Highs by your afternoon after lunch reached the 70s area-wide.

The Ending Pricey Insulin Act would make the price of insulin more affordable for Louisianians and Americans living with diabetes. Kennedy moved to have the Senate pass the legislation by unanimous consent Thursday, but lawmakers blocked his motion. The Senate could vote on the bill at a later date.

NASA’s Mars helicopter is set to take history-making flight Monday. Here’s how to watch it

Ascension Parish left with flooding after weekend full of rain

Love it, Like it, Hate it: “Cholesterol Lowering” Cereals