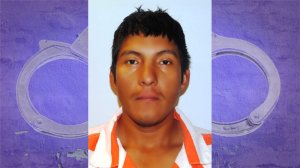 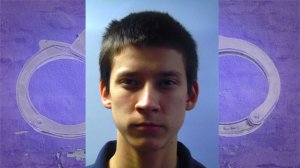 WASHINGTON PARISH – Two inmates of the Washington Parish Jail have been re-booked into the facility for setting a fire at the jail that led to the evacuation of dozens of other inmates and staff members.

Both 18-year-old Levi Lee and 32-year-old Medel Morales-Guzman are facing one count of aggravated arson and one count of fire-raising in a correctional facility.

Each was already facing other criminal charges.

Just before midnight on July 21, jail staff noticed smoke inside one of the facility’s cell blocks.

All 34 of the inmates from that cell block had to be evacuated, and additional areas were later evacuated as smoke spread.

There were almost 175 occupants inside the entire jail facility at the time of the fire.

Investigators determined that the fire was started in the cell block’s air conditioning unit.

After obtaining surveillance video evidence, officers determined the fire inside of the A/C unit was intentionally set by the two inmates, Lee and Morales-Guzman.

Both were re-booked into the jail on the new charges on Thursday, July 25.

“This fire could have been so much worse had it not been for the diligence of the Washington Parish Jail staff, not only to notice the danger, but to act immediately and efficiently to prevent harm by following well-established and well-practiced fire drills and procedures,” said State Fire Marshal Chief Butch Browning, “I commend Sheriff Randy Seal and his staff for making safety a priority in their facility by always staying prepared for emergencies like this.”

Sheriff Randy Seal also commented, saying, “Our wonderful working relationship with the Louisiana State Fire Marshal, our area firefighters, Franklinton Police Department and other agencies pays benefits over and over for the citizens of Washington Parish. I am so grateful for the assistance of all involved and I give a special shout out to our jail staff whose immediate action prevented bodily harm and perhaps even death.”

NEW ORLEANS – Per Gov. John Bel Edwards’ announcement to extend the stay-at-home order through Thursday, April 30, all NOLA Public Schools will remain closed for the duration of the month of April.

This necessary action is an effective way to slow the spread of COVID-19 across our city and state. The District will issue updates to the public with developments every Monday, Wednesday and Friday. Please note what is new and what has previously been shared below.

NEW ORLEANS - During Governor Edwards' coronavirus update on Wednesday, he announced that a Carnival Cruise Line ship would be docking at the New Orleans cruise terminal, today.

Carnival released the following statement regarding the ship.