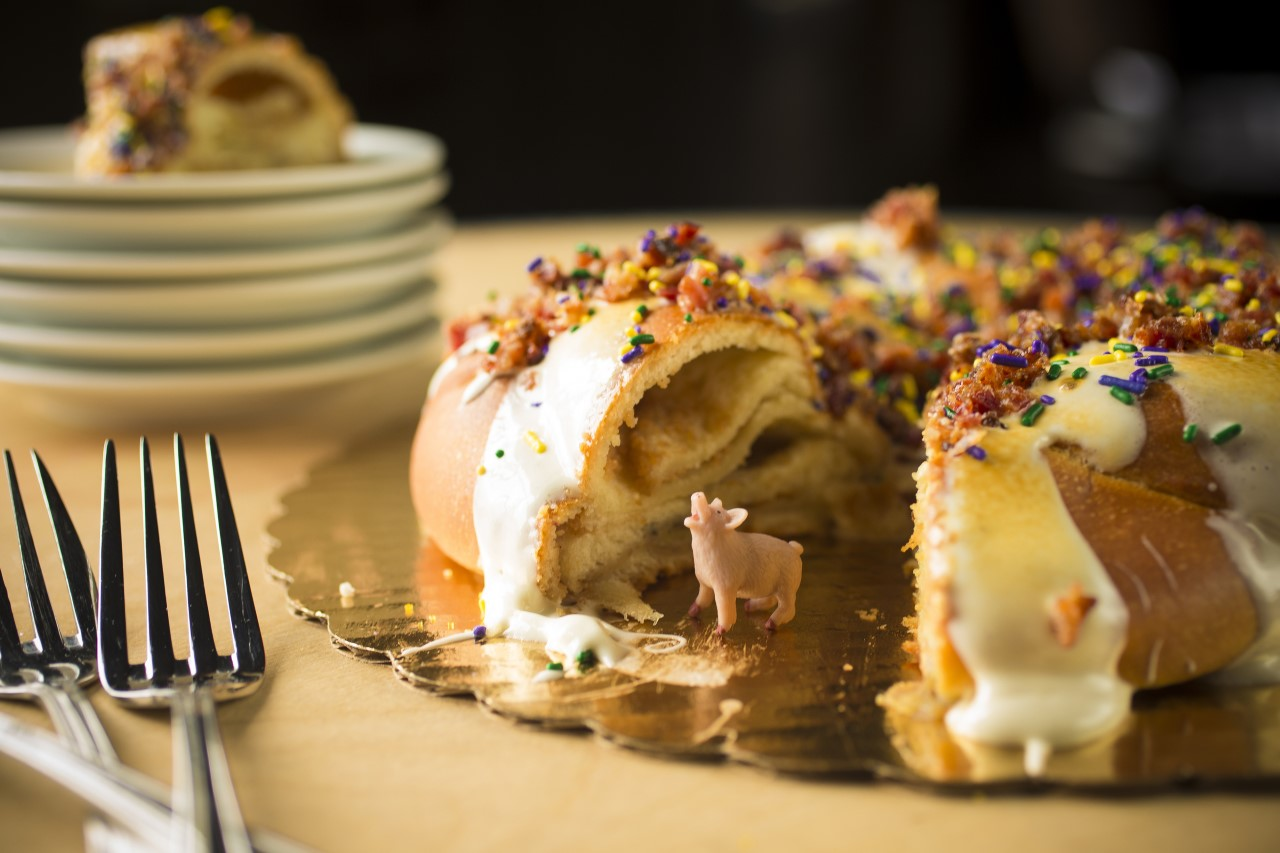 Chef Scales’ king cakes are filled with local flavor from the traditional to the specialty, including: cinnamon, apple almond and chocolate.

She will also serve the famous “Elvis,” filled with peanut butter, banana and topped with house-cured bacon, marshmallow and traditional Mardi Gras sprinkles.

In place of the traditional small plastic “baby,” all of Chef Scales’ cakes contain a petite pink pig as their signature “baby.”

Custom dictates whoever gets the “baby” must provide the king cake for the next party, keeping the celebration rolling all season long!

La Boulangerie will also be selling a traditional French Galette des Rois, which are two rounds of puff pastry filled with almond cream. The Galette des Rois are topped with a small porcelain feve, and come in two sizes: 8” ($25) and 10” ($40).

The traditional New Orleans-style king cakes are also created in two sizes: a 6-inch individual ($9) and a 9-inch large ($30), which serves up to 12 people. 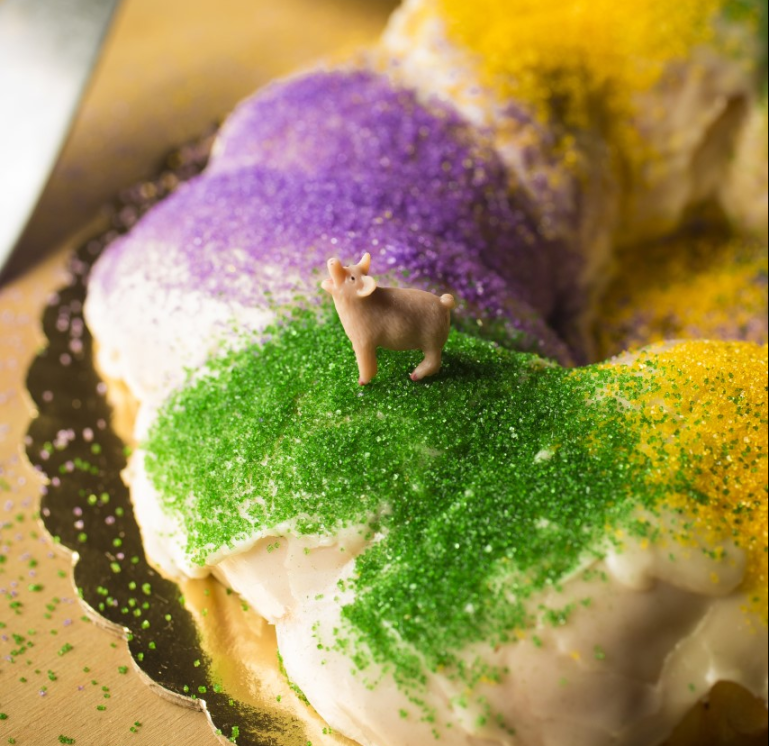 The Elvis will be sold at Cochon Butcher daily by the slice or as a large special order cake ($40) with a required 24-hours notice.

The Feast of the Epiphany, also known as Twelve Night, is celebrated on January 6th, and marks the official beginning of the Mardi Gras season. The tradition of the king cakes is thought to have originated as part of this event, which honors the coming of the Three Wise Men who traveled great distances to bring gifts to the Christ Child.

New Orleans’ forecast for Sunday night looks dry and muggy. Today we were dealing with above normal temperatures, and warmth remain the theme until late week!

Again, fog will be becoming widespread once more tonight until Monday, so I imagine we'll meet advisory criteria.

METAIRIE, La. — Sheriff Joseph Lopinto reports that the Jefferson Parish Sheriff’s Office is investigating a homicide that occurred this morning in Terrytown.

At 10:00 am, deputies were dispatched to a report of a shooting in the 600 block of Heritage Avenue.  They located a male victim suffering from multiple gunshot wounds.  He was pronounced dead on the scene.

10:30PM Weather: Fog will be the theme Sunday morning!

New Orleans’ forecast for overnight looks dry but chilly. Today we were dealing with near average, January temperatures, but another warm up will be beginning shortly.

Boom system installed south of the border to prevent trash from flowing into U.S.

Message in a bottle discovered decades after it floated away

Is there life after death? Businessman offers nearly $1 million to find out

Lafayette teen recounts attempt on his life during Grindr date