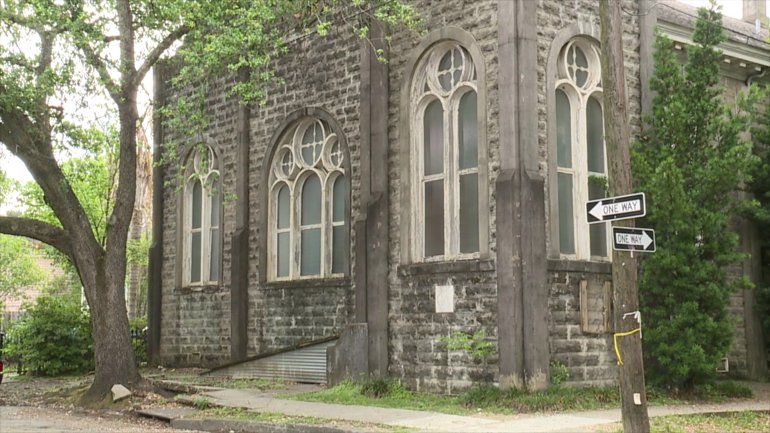 NEW ORLEANS – The City of New Orleans is telling Solange Knowles to turn down the noise inside her Garden District church.

According to the Orleans Parish Assessor’s Office, the other property Noble Jones Trust owns belongs to Solange Knowles, who is superstar Beyonce’s sister.

The City of New Orleans Department of Safety and Permits issued a letter to Noble Jones Trust dated May 15, 2019.

The letter said that an inspection revealed the owners are violating the Comprehensive Zoning Ordinance of the City of New Orleans.

Apparently, the property is being used as a recording studio.

Neighbors told WGNO that they’ve been hearing loud music being played for hours from inside the property, almost daily.

Some even said they’ve been having trouble sleeping because of the loud music.

The City told the owners in the letter that this property is not permitted to be used as an arts studio for zoning reasons.

The letter states: “Please contact the Department of Safety and Permits to discuss the use of the subject property.  The property was formerly a place of worship, which was a permitted use in the District.  The First Christian Church has not owned the property for the past year, so the Department needs confirmation that the new owners are using the property in compliance with regulations.”

To read the complete letter from the City of New Orleans Department of Safety and Permits, read below:

In love with Kissing Bugs

Baby abandoned on side of New Orleans overpass, detectives …

HIGHLIGHTS: Summer 7-on-7 Series cut short due to …

Rebels with a Cause: Riverdale ready to shake up …

Travel troubles for folks this 4th of July and Essence …

Is dating worth it in Louisiana?

WANTED: Man accused of stealing car with child inside