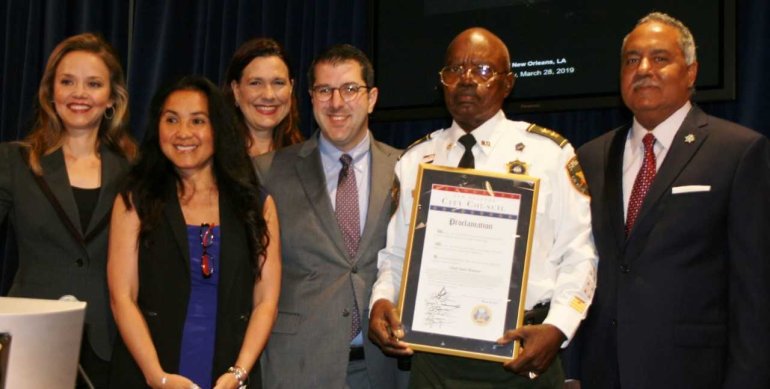 Chief Weaver joined the sheriff’s office 45 years ago, in December 1973.

He began his career as “Prison Officer 1,” under Sheriff Louis Hyde.

Chief Weaver worked at the Old Parish Prison facility, and continued to move through the ranks, serving as head of the Criminal Sheriff’s athletic department, warden of the juvenile division, commander of the reserve division, and now Chief of Security.

He began working the Mardi Gras security detail at Gallier Hall in 1975.

Since then, he has worked that same detail every year, despite working under four new sheriffs, seven new mayors and 14 new police chiefs.

Well, I am officially sounding like a broken record given consecutive blazing highs each afternoon on tap all week!

LAKE BUENA VISTA, Fla. (AP) — The Memphis Grizzlies will be without forward-center Jaren Jackson Jr. for whatever remains of this season after he hurt his left knee.

The Grizzlies announced Tuesday that Jackson was hurt when he landed awkwardly after making contact with an opponent while contesting a shot.

Ever since the pandemic hit, doctors have been concerned with Covid-19's effects on cancer patients.

At least 70 killed, thousands hurt in massive blast in Beirut