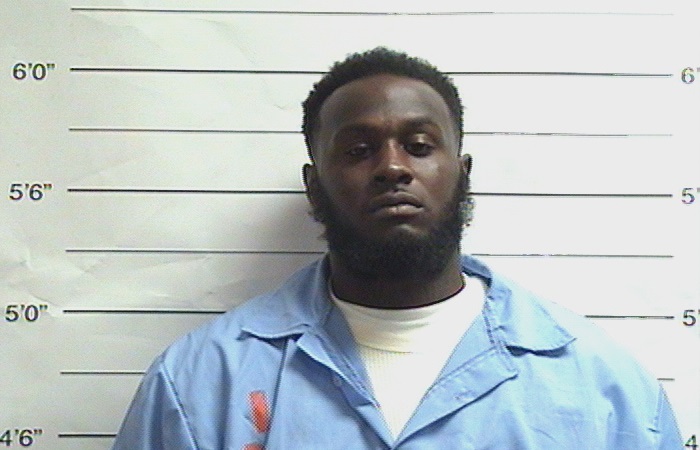 NEW ORLEANS – Twenty-seven charges across four separate cases, all came to an end after the suspect accepted a guilty plea deal.

The suspect, 29-year-old Alvin Berfect will be sentenced on March 29, and the judge is expected to impose a 33 year prison term.

Among 26 other charges, Berfect pleaded guilty to manslaughter, in connection with the death of French Quarter sous chef Eddie Ray King on Nov. 7, 2016.

King was biking home from work shortly after midnight when he was struck and fatally injured by Berfect, who was driving a stolen car and fled the scene near the intersection of North Claiborne Avenue and St. Philip Street in Treme.

Berfect also admitted to a prolific crime spree, that included the robberies of six people at gunpoint in December 2016, in locations ranging from Uptown New Orleans to the Faubourg Marigny.

“This defendant has shown no regard for the safety of others or for obeying the law,” Cannizzaro said. “He recklessly and needlessly took the life of Mr. King, used a gun to terrify and rob several other people, and has continued posing a serious danger to others while in custody. I am very pleased to see him removed from this community for the next three decades so that he cannot cause harm to another innocent victim.”

Federal student loans payments and interest pause to continue into 2021

The Mortuary puts a spin on the holiday spirit

‘We saw it all on Zoom’: Family calls 911 as teacher robbed during remote lesson

Stimulus checks: Would a $1,500 payment make you more likely to get a COVID vaccine?

Weather and Science for Kids: A lesson on types of clouds!

Where are you in the vaccine line? NY Times tool has an estimate

UMC, Ochsner geared up to store and distribute Covid-19 vaccine as soon as it’s available

Federal student loans payments and interest pause to continue into 2021

The Mortuary puts a spin on the holiday spirit

‘We saw it all on Zoom’: Family calls 911 as teacher robbed during remote lesson