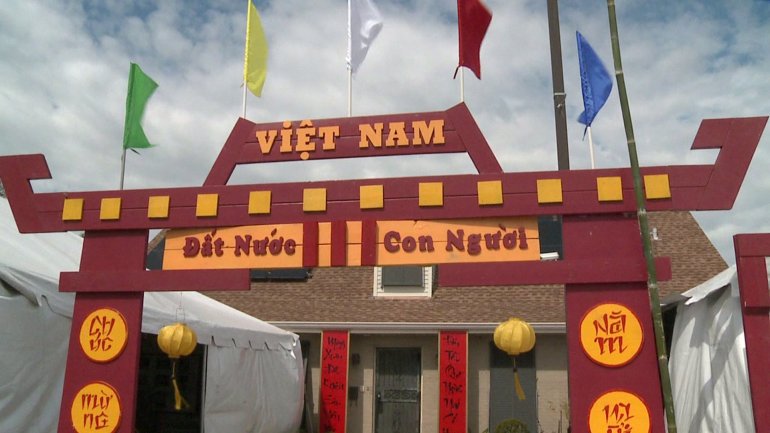 NEW ORLEANS – Mayor LaToya Cantrell has taken a stand against moves by the Trump administration to revoke the citizenship of refugees from the Vietnam War, many of whom resettled in Orleans Parish.

“In the face of this ugly effort to target our Vietnamese neighbors— I would like to make it clear that the entire City of New Orleans stands in solidarity with our Vietnamese community, which has contributed so much to our social and cultural fabric,” Cantrell said. “I would also strongly encourage all naturalized residents who are eligible to apply for citizenship, to do so now.”

“I am very disappointed with the direction of the Trump Administration on immigration laws,” Nguyen said. “Our country is made of immigrants of every ethnicity. I want to encourage the administration to carefully evaluate the immigration policy and focus on the people. It should be a fair policy that the United States can sustain.”

A 2008 agreement between Vietnam and the United States prevents deportation of Vietnamese people who came to the U.S. before July 12, 1995.

President Trump’s administration is acting on a belief that the 2008 agreement does not apply to pre-1995 Vietnamese immigrants who have not become naturalized citizens, according to Cantrell’s office.

Any undocumented Vietnamese immigrant, and any Vietnamese immigrant who has committed a crime while in the United States, may be considered for deportation, a process the Human Relations Commission of the City of New Orleans has come out strongly against.

A community-based organization named VAYLA has partnered with the Human Relations Commission to create a program to assist eligible residents to apply for citizenship.

What a gorgeous one on file across southeast Louisiana. At least our forecast for Saints game day today was quite winning!

Northshore residents wake up tomorrow to 30s outside their windows while Southshore residents can expect upper 30s – lower 40s! This is FREEZING, literally, once more across several locations.

NEW ORLEANS-- Saints fans are devastated tonight after a heartbreaking loss to the Tampa Bay Buccaneers at the Mercedes Benz Superdome for the NFC Divisional Playoff Game.

The final score of the game was 30 to 20. After the loss, WGNO talked to fans about the game, and the future of the Saints.

All even: Saints and Bucs tied at 13 at the half

But, through 30 minutes at the Superdome in the NFC Divisional playoffs, the Saints and Bucs are tied at 13.

Brees on his future: Take time to think about it

Two teens fatally shoot each other in New Iberia