BATON ROUGE — The NAACP called for Baton Rouge Police Chief Carl Dabadie Jr. and other top officials to resign in the wake of an officer-involved shooting that killed 37-year-old Alton Sterling.

“We’re actually here today to speak to the culture of the Baton Rouge Police Department. This incident is only one incident in many,” Baton Rouge NAACP leader Michael McClanahan told reporters Wednesday. “What we’re going to do is root out the 1% of bad police officers that go around being the judge, the jury, and execution of innocent people, period, but more specifically, innocent black lives.”

Sterling was shot and killed by two officers outside a convenience store just after midnight Tuesday. Video of the shooting was posted on social media and sparked public outrage and protests.

A White House petition has also been created on behalf of Alton Sterling.

A vigil for Sterling will be held outside of the store on North Foster Drive where he died at 6 p.m. 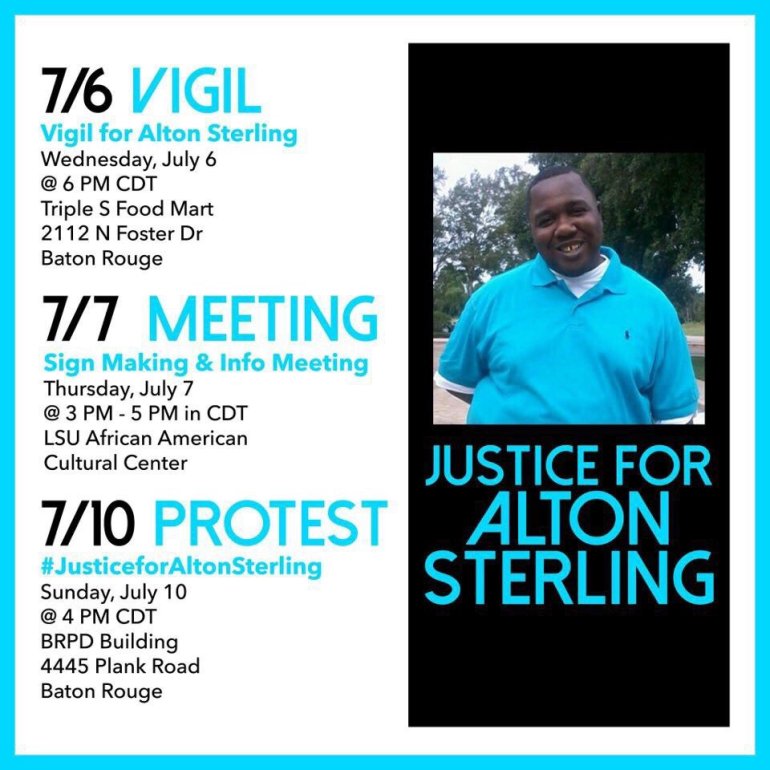 How stunning is this weather across southeast Louisiana? After a cold front swept through Wednesday, we have been enjoying lower humidity and cooler temperatures for these last 48 hours.

Finally, something so positive to mention in our weather department!

Your forecast for our first official weekend of fall includes sunshine with highs topping out about the low to mid 80s! Once again, in Northshore locations, overnight lows will reach the 50s. Across the Southshore, expect upper 50s to low 60s!

Mid week, we start to warm up slightly and reintroduce minimal rain chances! Enjoy this stunning forecast for these next few days!

ROCHESTER, N.Y. (WROC) — The Rochester Police Department on Friday released a 23-minute timeline of Daniel Prude's activity leaving Chicago and leading up to his encounter with Rochester police on March 23.

This video was edited by the Rochester Police Department, cut from around four hours of raw footage. With more than 3 hours of footage omitted from the edit, it does not depict a complete sequence of events before, during, or after the department's March 23 encounter with Daniel Prude.