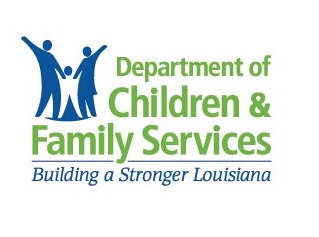 BATON ROUGE – The Louisiana Department of Children and Family Services (DCFS) held its 21st Annual Adoption Celebration at the Governor’s Mansion on November 7, to celebrate the 893 children who found loving, permanent homes with 661 families during the 2019 federal fiscal year (FFY).

“It warms our hearts to know that almost 900 children will be spending Thanksgiving with permanent families. The fact that even more of them were teens and siblings gives us even more to celebrate. We’re grateful we were able to help build new lives for so many children and young people in Louisiana,” DCFS Secretary Marketa Garner Walters said.

Twenty-five of this year’s adoptions were completed by Wendy’s Wonderful Kids recruiters, including 8 by Lafayette Region recruiter Patricia Hebert, whom the Dave Thomas Foundation for Adoption named one of its Recruiters of the Year. Wendy’s recruiters take on some of the most challenging and complex cases – including teens, sibling groups and children with medical or special needs – to help more children and youth reach the permanency they deserve.

DCFS’s partnership with the Dave Thomas Foundation for Adoption is one of several national partnerships that have helped strengthen the state’s child welfare system and led to increased permanency for children and youth in foster care. The U.S. Department of Health and Human Services cited those “extraordinary contributions” toward permanency in awarding Louisiana an Adoption Excellence Award for 2019.

The 21st Annual Adoption Celebration, hosted Thursday by First Lady Donna Edwards, brought the state’s new adoptive families together for an afternoon of fun and special recognition and gave DCFS an opportunity to present awards to adoption advocates for their work over the past year.

“Our First Lady has been a tireless advocate for all children and, in particular, for those in foster care. The Louisiana Fosters initiative, which she launched in 2017, has galvanized support for foster families in every region, every corner of the state. She promotes Louisiana Fosters partners and shares her dedication to foster children everywhere she goes. This is why we’re proud to present her the 2019 Advocate of the Year award,” Walters said.

The 2019 adoption awards are as follows:

The event is one of many happening across the state throughout November, which Gov. John Bel Edwards proclaimed as Adoption Awareness Month in Louisiana. DCFS dedicates each November to honoring those who have made a difference in a child’s life through adoption and to raising awareness in an effort to provide homes for about 160 children who remain in need of a permanent, adoptive home.

For more information about adopting from foster care, visit www.dcfs.la.gov/adoption.

For more information about supporting foster parents and the children in their care, visit www.LouisianaFosters.la.gov.