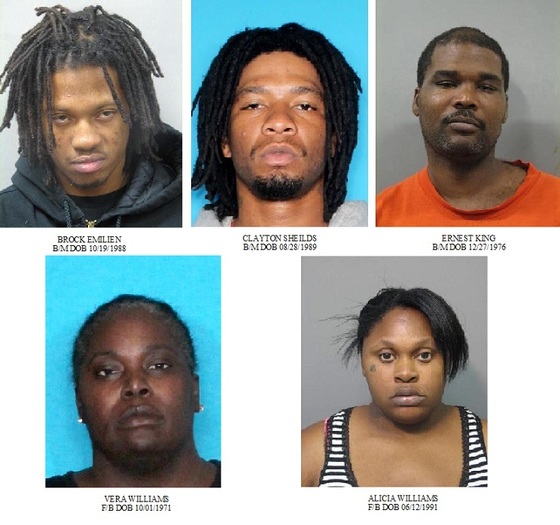 NEW ORLEANS – The NOPD arrested three men and two women who were running a drug trafficking ring in the Hollygrove neighborhood.

Officers found a loaded Smith & Wesson .38 revolver, approximately 21 grams of crack cocaine, approximately 30 grams of marijuana, one box of 9mm ammunition, two clear plastic bags of heroin, three packages of tramadol pills, three packages of synthetic marijuana, ecstasy pills, and $377 when they raided a house in the 3200 block of General Ogden Street on June 20, according to the NOPD.

Emilien also faces a charge of possession of firearm by a felon.

Anyone with any information on the arrested subjects should contact any Second District officer at (504) 658-6020. 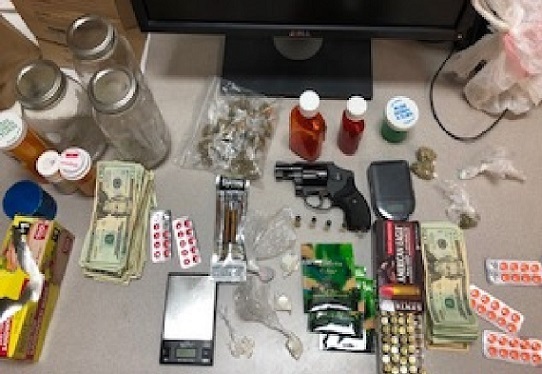