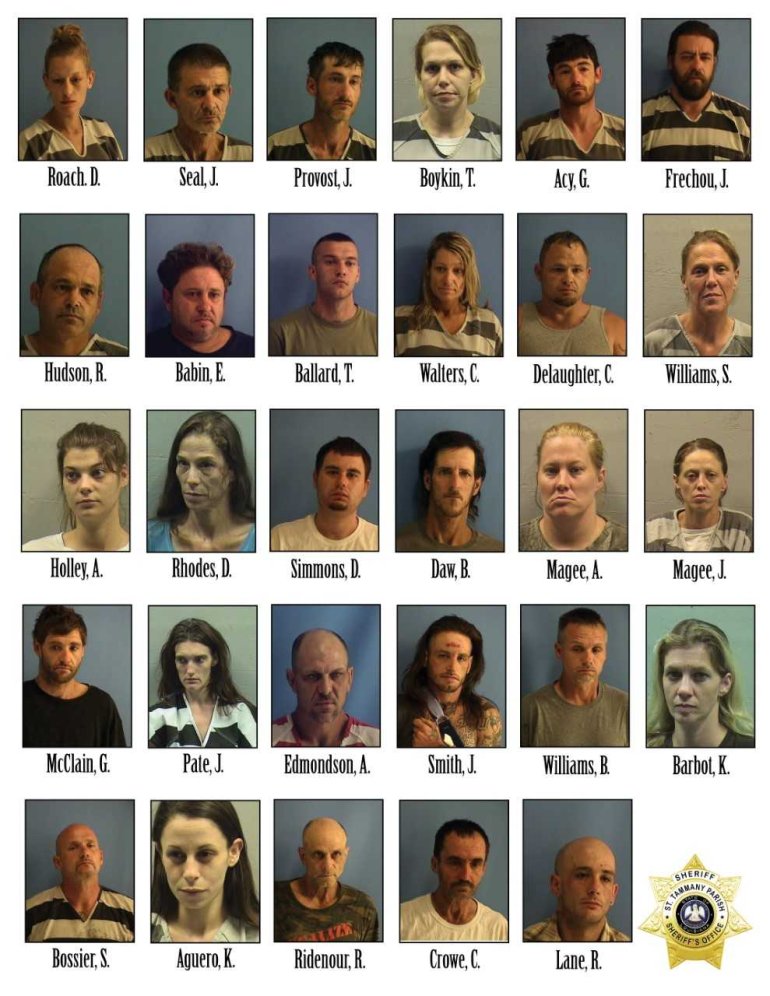 COVINGTON – A task force attempting to curb rampant use and distribution of methamphetamine in St. Tammany Parish has resulted in the arrest of 29 people on drug and weapons charges, and the capture of one sex offender.

The operation has been active since March, and has discovered large quantities of meth manufactured in foreign countries and brought to St. Tammany for distribution, according to the STPSO.

“The St. Tammany Parish Narcotics Task Force has received positive feedback from the residents of these local communities,” Sheriff Randy Smith said. “I applaud the hard work of our Narcotics Task Force and our Patrol Division in working together to eradicate these dangerous drugs from our streets. Methamphetamine is a dangerous and addictive drug that destroys lives and families. The STPSO will continue to work closely with our residents to combat illegal drug use in these areas.”

Forty-year-old Adam Edmondson was arrested for possession of marijuana and contempt of court, and 28-year-old Robert Lane, a convicted sex offender, was arrested for failing to notify authorities of a change of address.

Initial reports show a deceased male victim was discovered near the intersection of Nunez and Diana streets, in the Fourth District.

NOLA’s Reentry Court was ahead of its time with reform

MLK 50: Jacci Gresham is a ‘maverick’ of artistic expression in New Orleans

Drew Brees looks back on final season: “I only really felt good in one game”