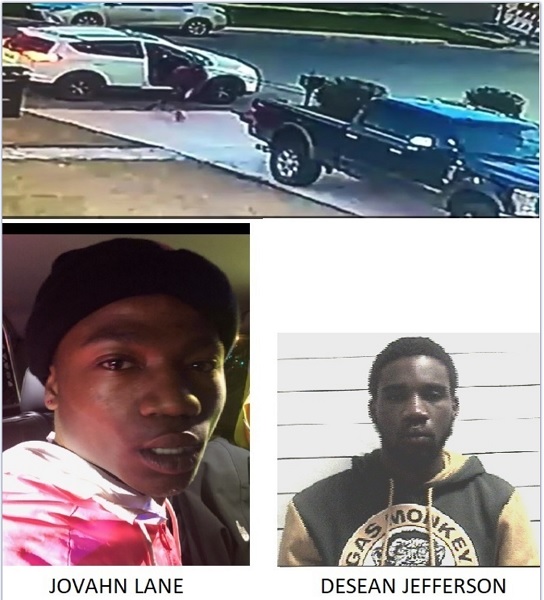 NEW ORLEANS – Three men wanted for burglarizing parked vehicles in Lakeview were detained by Louisiana State Troopers after a chase, but two were released before the burglary charges could catch up to them.

Seventeen-year-old Jovahn Lane was behind the wheel of a Toyota Rav4 on January 24 when a State Trooper spotted him driving erratically and initiated a traffic stop, according to the NOPD.

Lane sped away and slammed into a parked vehicle at the intersection of Arts Street and South Claiborne Avenue.

Lane and his two passengers, 19-year-old Desean Jefferson and an unidentified juvenile, were taken into custody after the Trooper found two handguns and drugs inside the Rav4.

NOPD detectives investigating a January 21 incident in the 6400 block of Bellaire Drive began investigating the trio since their vehicle matched the vehicle used in the Bellaire vehicle burglary.

Jefferson was still in the Orleans Justice Center when detectives interviewed him, and he was subsequently booked on a charge of simple burglary of a vehicle after he confessed to robbing vehicles with Lane and the juvenile.

However, Lane had already bonded out, and detectives are still looking for him in connection to the Lakeview vehicle burglary.

The investigators are also looking for the juvenile, who was not charged in the pursuit incident with the State Trooper and was also free when the NOPD detectives arrived.

Anyone with additional information on this incident or the whereabouts of the remaining two wanted suspects is asked to contact NOPD Third District detectives at (504) 658-6030.

Get Fueled with Molly | Love it, Like it, Hate it: Hangover Cures