WGNO and NOLA38 are proud to commemorate Black History Month this February 2018. We will be airing several half-hour documentaries produced by our Washington, D.C. sister station DCW50.  This year’s new program is 2018: Living Black History.

In addition to the documentary programs, we will be airing an encore of the 49th Annual NAACP Image Awards which originally aired on TV One cable network.

Living Black History on WGNO and NOLA38 is sponsored by:

Here’s the February broadcast schedule on NOLA38 and WGNO. Descriptions and previews of each Living Black History documentary are listed below the schedule.

For nearly 250 years, US History has provided us with countless stories of great achievements  involving courage, strength and leadership. Yet sometimes we forget just how extensive and diverse these stories can be.  Founding Mothers profiles several African American women who over the last two centuries, have forged new rights and freedoms for their children, grandchildren, and generations beyond their respective lifetimes.  Most may not be household names, but they surely made a difference in the lives of all Americans. These women include:  Mary Church Terrell, Elizabeth Proctor Thomas, Hattie Sewell, Harriet Tubman, and Mary McLeod Bethune.   Tubman was an abolitionist, humanitarian, and Union spy during the Civil War.  Born into slavery in 1822, Tubman escaped and subsequently made about thirteen missions to rescue approximately seventy enslaved families and friends using the network of antislavery activists and safe houses known as the Underground Railroad.  Terrell was one of the first African American women to earn a college degree,  She helped found the National Association of Colored Women at the beginning of the 20th century and served as its first president.  In 1950, the age of 87, Terrell organized protests to end segregation at Washington, DC lunch counters.   Thomas, a free black woman, owned a farm outside the capital.  But in 1861, when the Union needed to expand Fort Stevens to defend the city, the Army took over her land.  According to legend, she was personally asked to sacrifice her farm by Abraham Lincoln himself.   In the 1920’s, Sewell obtained a licence to run the Pierce Mill Tea-house in Rock Creek Park, which eventually was operated with great success.  A nearby neighbor, however, protested to park management, fearing the restaurant would become a “rendezvous for colored people.”  Founding Mothers traces the story of what became of the tea-house.  Finally, Mary Bethune, was a pioneer for in education for black children.  She served in President Franklin Roosevelt’s unofficial Black Cabinet.  She advised Roosevelt on issues of importance to blacks and helped him reach out to a community that had historically been Republican.  Her home in DC is a National Historic site operated by the US Park Service.

We live in the midst of history every day, but Roads to Freedom revealed some historic sites in our area that you may never have heard of, let alone visited. Roads to Freedom took us down the local highways and byways that forever changed the history of all Americans.  From Harpers Ferry where John Brown stuck a dagger in the heart of slavery with his failed revolution to the battlefields of Petersburg, Virginia where the U.S. Colored Troops endured a nine month siege that secured the Union Victory, Roads to Freedom examines the rich history of our local communities.  Along the way, Roads to Freedom profiles several Washington, D.C.-area former plantations, one in Bethesda where the original Uncle Tom’s Cabin once stood.  The other plantation, in Fairfax, features tales of courage and examples of the endurance of the slaves who kept the plantation running. This program also examines the chaotic life in Washington, D.C. during the Civil War and key events that could have changed the outcome and American history forever. We visited one of the 68 forts that once formed a protective ring around our capital city and saw the spot where President Lincoln was nearly shot and killed by a Confederate sniper.

Despite the Civil War victory that granted slaves their freedom, Jim Crow laws helped maintain a segregated society and severely limited opportunities for Blacks. Some might be surprised that Jim Crow rulings impacted our contemporary times in many ways. “Freedom Deferred” chronicles the evolution of Jim Crow laws and profiles some people who were impacted by these rulings.

New this year! This program will feature the Smithsonian National Museum of African American History & Culture in Washington, D.C. Programming content to be determined once production is completed. 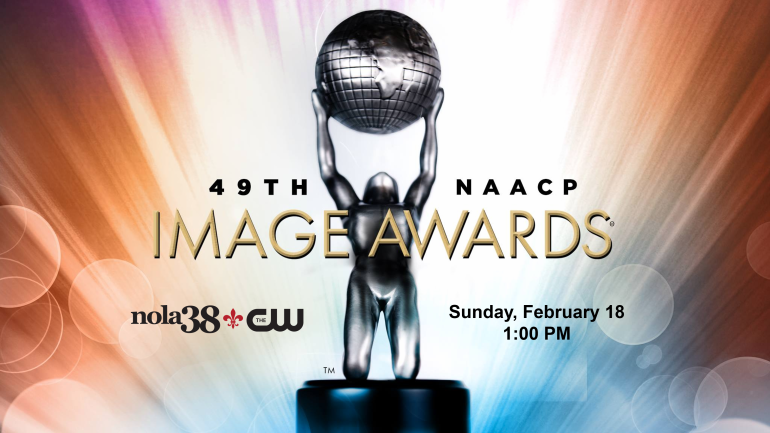 The NAACP Image Awards is the most respected event of its kind and is well attended by many of the top names in the entertainment industry.  In recent years some of the biggest names in film, television and music appeared including: