WGNO and NOLA38 are proud to commemorate Black History Month this February 2019. We will be airing several half-hour documentaries produced by our Washington, D.C. sister station CW50 .

In addition to the returning documentary programs, we have several new specials:  Miss Black America, James Brown: The Man, The Music & The Message and The Awakening and In Your Own Backyard.

Here’s the February broadcast schedule on NOLA38. Descriptions of each Living Black History documentary are listed below the schedule. 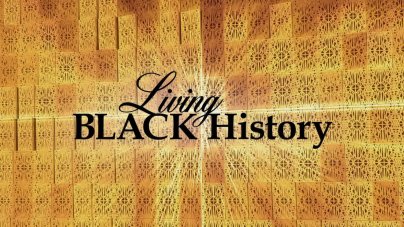 A Museum for the Ages.  This feature chronicles the history of a museum that has made history.  Living Black History chronicles why and how the National Museum of African American History and Culture (NMAAHC) came to be.  Doors opened to the critically-acclaimed museum in the fall of 2016.  The original expectation and hope for daily attendance was 3,000 people a day.  More than a year later, the daily attendance exceeds 8,000.  Living Black History looks back at the early attempts to create a museum of African American History.  Guests include Founding Director Lonnie Bunch, who shares the challenges he encountered in creating this enormously popular Washington, DC attraction.  The show also explores some behind-the-scenes stories including how an historic “Jim Crow” train car was lowered into the museum at the very beginning of construction.

Despite the Civil War victory that granted slaves their freedom, Jim Crow laws helped maintain a segregated society and severely limited opportunities for Blacks. Some might be surprised that Jim Crow rulings impacted our contemporary times in many ways. “Freedom Deferred” chronicles the evolution of Jim Crow laws and profiles some people who were impacted by these rulings.

We live in the midst of history every day, but Roads to Freedom revealed some historic sites in our area that you may never have heard of, let alone visited. Roads to Freedom took us down the local highways and byways that forever changed the history of all Americans.  From Harpers Ferry where John Brown stuck a dagger in the heart of slavery with his failed revolution to the battlefields of Petersburg, Virginia where the U.S. Colored Troops endured a nine month siege that secured the Union Victory, Roads to Freedom examines the rich history of our local communities.  Along the way, Roads to Freedom profiles several Washington, D.C.-area former plantations, one in Bethesda where the original Uncle Tom’s Cabin once stood.  The other plantation, in Fairfax, features tales of courage and examples of the endurance of the slaves who kept the plantation running. This program also examines the chaotic life in Washington, D.C. during the Civil War and key events that could have changed the outcome and American history forever. We visited one of the 68 forts that once formed a protective ring around our capital city and saw the spot where President Lincoln was nearly shot and killed by a Confederate sniper. 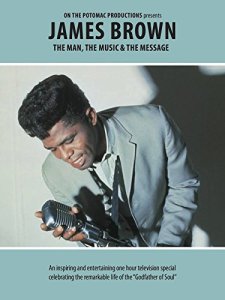 James Brown: The Man, The Music & The Message is an inspiring program focusing on the remarkable life story of James Brown and how he influenced the world through his music and civic accomplishments. The film specifically explores James Brown’s transition from an at-risk youth who faces life’s difficult circumstances and challenges to a cultural icon. It also features private interviews and appearances from various entertainment celebrities including Michael Jackson. This entertainment special will send a positive message to the nation by paying homage to the man, the music, and the message of James Brown.

Host Roland Martin and special guests take a look back at the historical TV show, The Awakening (produced 30 years ago).  The Awakening was a fact-based reality series which accurately portrayed the challenges and obstacles that young people faced.  It was the first Emmy-Award winner featuring a reality show for African-American families.

Oil companies team up with Ducks Unlimited to protect …

10 common passwords and why to avoid them

La.’s Ft. Polk, 8 other bases, could be renamed

Fixed Streets! No more potholes on Feliciana Street in …

Florida woman set house on fire with child inside