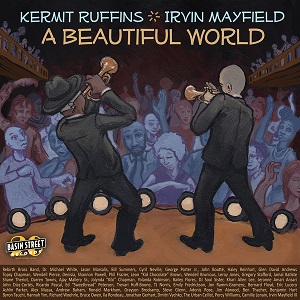 The album, “A Beautiful World,” was just released by local label Basin Street Records, which is celebrating its 20th anniversary this year.

AUSTIN, Texas (KXAN) — Residents in a Texas apartment shot three people breaking into their home, killing two of them, according to police.

A man and woman died Tuesday night in the attempted home invasion, police said. The third person, a man, was treated for non-life-threatening injuries.

In a statement, the fast-food chain said it’s letting the burger rot to make a statement, showing that mold “can be a beautiful thing.”

An Oregon man who had been stranded in Cambodia because of the coronavirus broke quarantine to get back to the United States.

Frank King was on the Westerdam cruise ship where another passenger tested positive for the virus during a stopover in Malaysia on Saturday.

Lacombe woman killed in cash on US 190 near Slidell