According to JP Sheriff Joseph Lopinto, the deputy-involved shooting happened around 10:20 p.m.

The detectives received a tip that a drug deal was taking place inside of a vehicle sitting in the restaurant’s parking lot.

When detectives arrived on scene, they attempted to block in the vehicle.

In an attempt to escape detectives, the suspected driver put his vehicle in reverse and accelerated.

One of the detectives were struck by the vehicle.

Fellow  detectives on scene responded by opening fire at the driver, striking both the driver and a male passenger.

The driver, 38-year-old Chris Joseph, died of his injuries on scene.

The passenger, 39-year-old Daviri Robertson, was transported to University Medical Center where he died of his injuries.

According to the preliminary autopsy report, completed by Jefferson Parish Coroner Dr. Gerry Cvitanovich, Joesph was shot 5 times, and Robertson was hit once.

Lopinto says that during the exchange, one of the detectives that was standing on the passenger side of the vehicle was struck by gunfire.

He was transported to University Medical Center where he underwent surgery.

At last check he is in stable condition.

The detective that was hit by the suspect’s vehicle did not go to the hospital.

The investigation is ongoing this morning.

We will continue to bring you updates as soon as they become available. 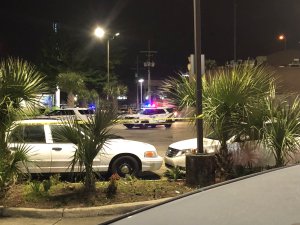 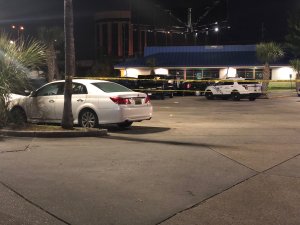 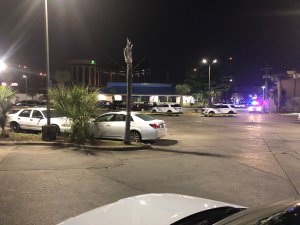 (MYSTERY WIRE) — A truly mysterious series of lights were seen by people in the Las Vegas valley earlier this week.

The lights, as seen in several videos and photographs, appeared over Las Vegas around 7:30 p.m. Monday, March 1. People on different sides of the city have reported seeing them.

Alamo Drafthouse Cinemas Holdings, a Texas-based dine-in theater chain, said Wednesday that it has filed for bankruptcy and will enter a restructuring agreement due to financial woes during the pandemic.

The company plans to sell most of its assets to affiliates of Altamont Capital and Fortress Investment Group under Chapter 11 bankruptcy, which allows Alamo Drafthouse to continue operating while its managers and advisers work on repaying creditors.

(NEXSTAR) — Elon Musk's SpaceX had time for a brief celebration after the successful landing of Starship prototype SN10, which was followed moments later by a massive explosion.

The ensuing fireball sent the rocket flying off the ground before rubble from the blast crashed back to earth.

Can you spread coronavirus after getting the COVID-19 vaccine?

EXCLUSIVE: Greyhound CEO tells head of DHS migrant passengers must have proof they are COVID-free

Think you could ditch your phone for 24 hours? Here’s how to do it

Poet Amanda Gorman said she was targeted by security guard: ‘One day an icon, the next a threat’

Early voting preparation: What you need to before you hit the polls

Watch: Group of penguins explore the ‘Friends’ experience in Chicago

Can you spread coronavirus after getting the COVID-19 vaccine?

EXCLUSIVE: Greyhound CEO tells head of DHS migrant passengers must have proof they are COVID-free