NEW ORLEANS (WGNO) — New Orleans police would like to speak with a man named Yiron Dorsey.  They’re not saying that they want to arrest him.  But they would like to get a DNA swab from him.

According to police, on February 25, 2013, somebody burglarized the NORDC Cut-Off Recreation Center.  Police say the culprit broke the office windows the get inside the building.

Police say they have an order from a judge to get the DNA sample from Dorsey as soon as he’s located.

The announcement is the second in as many days regarding DNA samples and NOPD cases.

The second case also happened in 2013.  Police say someone stole a purse from the front seat of a woman’s car in the Rite Aid parking lot at 3401 St. Charles Avenue.  The woman ran after the man who lost his New Orleans Saints cap as he fled. 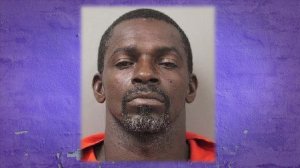 According to police, a DNA sample was taken from the cap and it matches 52-year-old Troy Johnson’s.

Police also say the victim was able to pick out Johnson from a photo lineup.  He is wanted for arrest.

DAYTONA BEACH, Fla. (AP) — In a single thrilling lap around NASCAR's most storied track, Denny Hamlin and Ryan Newman displayed the risks and rewards of the dangerous sport they both love.

Hamlin won his second consecutive Daytona 500 and third in five years on Monday night as he surged past Newman on the final lap of a second overtime shootout. The win came as Newman's car was turned hard into the wall, then flipped onto its roof, where he was helpless as he was hit in the driver's side by another car.

DAYTONA BEACH, Fla. (AP) — Denny Hamlin captured his second straight Daytona 500 on a day Ryan Newman was taken to a hospital following a fiery wreck at the finish line.

Hamlin joined six Hall of Fame drivers as winners of three or more Daytona 500s, but his celebration was muted as his team and others waited to learn the condition of Newman, whose car flipped several times after being bumped and slammed into.

The Boy Scouts of America has filed for bankruptcy, according to a court document filed in Delaware bankruptcy court early Tuesday.

The youth organization, which celebrated its 110th anniversary February 8, listed liabilities of between $100 million and $500 million, but $50,000 or less in assets.