NEW ORLEANS – We’re only one week away from the Great American Solar Eclipse so it’s time to get ready for this rare celestial spectacle!

First up, the path of totality is only 90 miles wide and while it does cross 14 states, Louisiana nor Mississippi are among them. Fret not! While you won’t see a total solar eclipse along the Gulf Coast, you will be treated to a partial eclipse. Down here, we can expect to see the moon cover up about 75% of the sun at its peak. 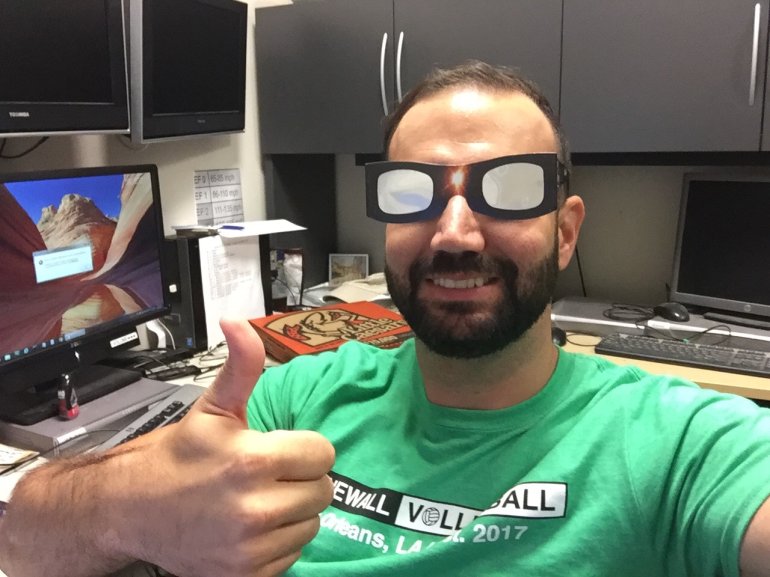 Tip #1: During the partial eclipse, you always need to wear proper eye protection! No exceptions!!

The only safe time to watch the eclipse unaided is when the total eclipse is occurring. Because we won’t see that along the Gulf, you always need to wear eye protection!

Related link: Protecting your eyes during a solar eclipse

Tip #2: Plan for a little bit of disruption.

From overwhelmed cell phone towers to increased traffic jams, no one is certain as to exactly how overwhelmed the nation’s infrastructure will be.

Almost 200 million people live within a day’s drive to the path of totality across the center of the country. If only a fraction of that many people travel, expect massive delays, particularly near where a total eclipse will occur. Some travel experts are warning travelers that August 21 could potentially be the busiest travel day on the roads this year for Americans.

And then there’s the technology issue. With so many people crammed in a relatively small space, cell phone towers could become overwhelmed and slow to a crawl. So don’t plan on your Facebook live video to go so smoothly (and unless you have a filter, you won’t see the eclipse on your smartphone’s camera anyway and you risk damaging your phone’s camera.)

An eclipse is a weather variable event. If you’re fortunate enough to have the day off, keep an eye on the forecast because you may need to move locations if the weather isn’t going to be ideal. While you can still see some of the effects of a total eclipse if clouds are moving though, you won’t be able to tell the difference during a partial eclipse. 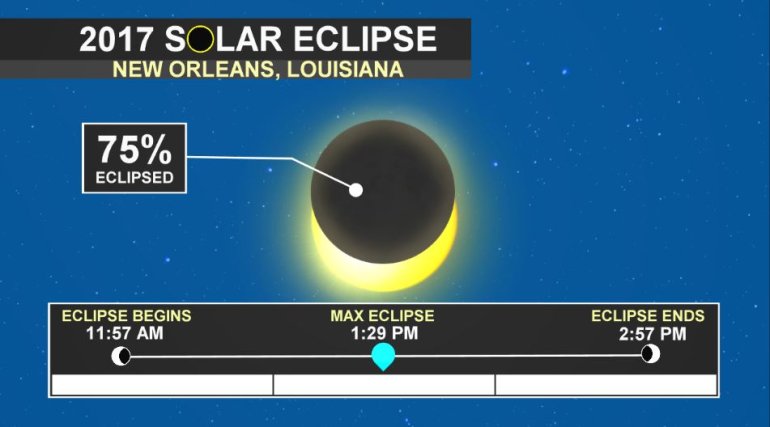 PORTLAND, Ore. (KOIN) -- There's still a chance that you could go to space as part of the Space X all-civilian mission.

The Inspiration4 mission, involving the St. Jude Children's Research Hospital, is scheduled to launch later this year and will include people who are special to the research hospital.

SHREVEPORT, La (KTAL/KMSS) -- The Shreveport Aquarium has become a go-to destination for lovers of the deep sea. Boasting over 250 species and 1,000 animals, it offers the only tailor-made aquarium experience in North Louisiana.

"Whatever our guests are interested in, we really get to hear that and act on it," said Destiny Garcia, General Manager of the Shreveport Aquarium. "So, its very customized to our community, and I think guests can feel that."

Full Moon in the forecast for this weekend!