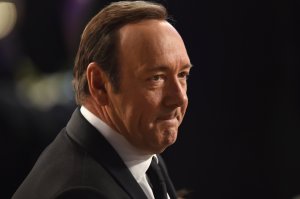 Plans for Ridley Scott’s “All the Money in the World” to screen as part of AFI Fest have been scrapped as actor Kevin Spacey, who co-stars in the film, faces mounting allegations of sexual harassment and assault.

The film was supposed to screen on the closing night of AFI Fest, which is taking place in Los Angeles from November 9-16.

“‘All the Money in the World’ is a superb film and more than worthy of its place of honor in the AFI Fest. But given the current allegations surrounding one of its actors and out of respect for those impacted, it would be inappropriate to celebrate at a gala at this difficult time. Accordingly, the film will be withdrawn,” TriStar Pictures, a division of the Sony Pictures Motion Picture Group, told CNN in a statement.

The film is based on the 1973 abduction of John Paul Getty III. Spacey plays Getty’s billionaire grandfather.

AFI Fest had told CNN last week that the film’s screening would take place as planned. In the days that followed, however, the allegations against Spacey mounted.

Spacey was first accused of sexual assault by actor Anthony Rapp, who told BuzzFeed about an alleged encounter with Spacey at a party in 1986, during which Spacey made a sexual advance toward the then 14-year-old Rapp.

Spacey issued a statement claiming he did not recall the incident but apologized for what he said would have been “inappropriate drunken behavior.”

Last week, members of the “House of Cards” production staff further detailed allegations of misconduct by Spacey in a story by CNN.

Spacey, who has starred as Frank Underwood for five seasons on “House of Cards” and is one of the drama’s executive producers, was suspended from the show on Friday and is not expected to return.

Production on the sixth and final season of “House of Cards” is currently on hold as producers figure how to narratively deal with Spacey’s absence.

Spacey is currently seeking unspecified treatment, according to a statement from his publicist, who has since parted ways with the actor.

AFI Fest said in a statement it supports the studio’s decision to pull the “All the Money in the World” from its lineup.

“AFI FEST celebrates film as a collaborative art form,” the festival spokesperson told CNN. “We support Sony’s decision to postpone the premiere in order to ensure the thousands of people who worked together on this film are honored at a proper time and in a proper light.”

Sony says the film will debut in theaters on December 22 as scheduled.

“There are over 800 other actors, writers, artists, craftspeople and crew who worked tirelessly and ethically on this film, some for years, including one of cinema’s master directors,” TriStar’s statement added. “It would be a gross injustice to punish all of them for the wrongdoings of one supporting actor in the film.”

Recently, the two men have received reports from ATV riders of distant sightings of an unusual animal in the tree line.

Billed as a “super-small” Rubik’s Cube, it was created to mark the 40th anniversary of when the original 3-D puzzle went on sale in Japan.

The launch was held at Melba's, and more than 100 fans showed up to snag their free copy of the book.