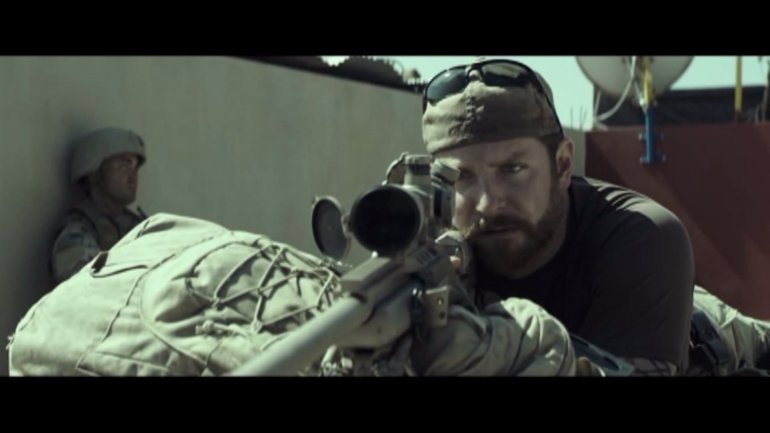 NEW YORK (CNNMoney) — It was a great week for “American Sniper.”

The Clint Eastwood and Bradley Cooper film not only picked up a bevy of Oscar nominations on Thursday, but it also destroyed several box office records with an estimated $90.2 million in ticket sales over the weekend.

That early total gives “American Sniper” the largest-ever opening in January. And the number will likely grow even larger over the rest of the long weekend, because Monday is a holiday for many in the U.S.

The film true-life story of military sharpshooter Chris Kyle opened like a summer blockbuster for several reasons, according to Rentrak box office analyst Paul Dergarabedian. One was strong word-of-mouth due to the film’s limited release in December.

“By limiting the availability of ‘Sniper’ for the first three weekends, [the film’s studio, Warner Bros.] built up a demand that was fully manifested by this massive outpouring,” Dergarabedian said. (Warner Bros. is owned by Time Warner, which also owns this website.)

The last time a movie was this big in January was in 2010: “Avatar” brought in $68.5 million in its third weekend.

“American Sniper” is also a record breaker for both star Bradley Cooper and director Clint Eastwood.

It is the largest box office debut for an Eastwood-directed film, easily lapping his “Gran Torino,” which opened to sales of $29.4 million in 2009.

As for Cooper, “Sniper” is his biggest live-action opening passing 2011’s “The Hangover Part II.”

Yet, the craziest point of all may be that “Sniper” almost beat the biggest opening of Cooper’s career, “Guardians of the Galaxy,” which debuted to $94.3 million last August and was one of the biggest films of 2014.

The record opening for “Sniper” also raises the box office average for the Best Picture nominees. This year’s slate had fared better with industry critics than at the box office.

Fried chicken zips to you on a zip line

On a zip line.

Know what time it is? It’s tee time, again

NEW ORLEANS - They know what time it is

NEW ORLEANS, LOUISIANA-- As we continue to miss our live music here in the midst of 2020's unfortunate realities, luckily the Historic New Orleans Collection has plenty of virtual tours. One of these tours has quite a bit of harmony in it. Shout, Sister, Shout! The Boswell Sisters of New Orleans is a great way to learn about one of the most influential vocal groups of the 1930's.

Mark Cave is the curator of the HNOC virtual tour and says that in 1914, a traveling family blew into the city of New Orleans. The parents were vaudeville performers and the older son, named Clyde Jr. was an accomplished violinist. Unfortunately he was overtaken with the sickness during the flu pandemic and passed away. His younger sisters were also musicians. Martha Boswell, Connee Boswell, and Helvetia "Vet" Boswell were coming to their own as the blossoming vocal talent of New Orleans.