GRETNA, LA — Two men were sentenced to long prison sentences on Thursday, Sept. 14, after their convictions on a list of charges.

According to the Jefferson Parish District Attorney’s Office,  Flag and Garrison were convicted of murdering 34-year-old Bruce Lutcher, Sr., when they robbed him outside of his apartment late in the night of Nov. 23, 2015.  Lutcher was shot several times. 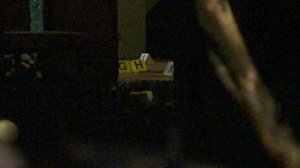 The pair was also convicted of robbing and attempting to rob three men outside of their apartments in Terrytown and Harvey.  Prosecutors say one of the victims was shot and is paralyzed from the waist down.  Those robberies happened within a one-hour time period on Dec. 11, 2015.  Prosecutors say Garrison shot the victim.

Prosecutors say they were able to link both men to the crimes by using the statements of witnesses as well as by proving that bullet casings collected at multiple crime scene could all be linked to a pair of 9mm pistols.

HOUMA, LA – On October 20, the Louisiana State Police Criminal Investigations Division Houma Field Office (LSP CID/Houma) arrested 50-year-old Steve Mergey of Houma on charges of online solicitation of a juvenile.  The arrest was the result of a joint investigation with Homeland Security Investigations.

The investigation began in November 2019 in reference to solicitation of juveniles.

COPENHAGEN, Denmark (AP) — A Danish man convicted of torturing and murdering a Swedish journalist on his homemade submarine made a dramatic but brief escape from a suburban Copenhagen prison Tuesday, reportedly taking a hostage to break out before police recaptured him.

Peter Madsen was quickly apprehended near the Herstedvester prison where he is serving a life sentence for the killing of Kim Wall.

ST. PETERSBURG, Fla. (WFLA) - Jason Miller got the scare of his life recently when his car was stolen with his dog, Gunner, inside.

"It's just a horrible experience to lose your dog like that and not know, and really, I never thought we'd get him back," Miller said on Monday.

See In Black: Using the camera’s lens to fund the future

‘I kept thinking I was going to die’: Large alligator flips kayaks in Alabama lake

How long is the early voting wait time in Orleans and Jefferson Parishes?

Copy and pasted forecast for Wednesday!

NASA collects sample of ancient asteroid for voyage back to Earth

Copy and pasted forecast for Wednesday!